Wearables Industry: How Indian Startups Can Win This Space? 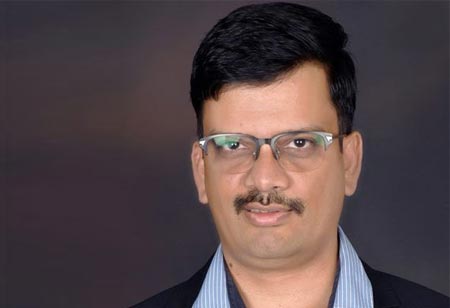 According to various estimates, the Wearables market will be nearly double by 2021. This is expected to be driven largely by increases in sales of Smartwatches and Smart clothing. The Key Drivers for this increase is likely to be in the domain of Healthcare and Sports.

Smartwatches is not yet an ‘essential wear’ for most people but addition of Health Monitoring & Sports / Fitness functionalities can spur them into a bigger league. IDC expects smartwatch shipments to increase from 71.4 million units in 2017 to 161 million units in 2021. Along with Smart watches, there is an important trend in the ‘Hearables’ space. Through an integration of lifestyle elements and healthcare, this segment would appeal to the generation that lives listening to music through their smart phones.

Smart clothing got its first products when Google & Levi’s collaborated to put together a connected denim (Project Jacquard) and when Nike recently introduced its Connected Shirt for Fan Engagement (Nike) by sewing in a rudimentary NFC tag. Further inroads have been made by other companies in making Smart Socks (Sensoria), Smart Belts, Smart Underwear and the like. These smart clothing have various applications in Health & Safety monitoring of Factory Workers, Transportation, Emergency services and also in typical Lifestyle & Fashion verticals. Additional derivatives of smart clothing include ‘Smart Patches’ that can monitor glucose levels, sweat, muscle movements and so on.

The Indian Wearables Market
The Wearables market in India is quite nascent and is mainly growing in the fitness tracker segment for the mobile and millennials generation. According to
International Data Corporation (IDC), total shipments were 2.5 million units in 2016. Wearables at less than 50$ per unit continues to dominate the market due to the price sensitivity of the Indian market. A new vendor like Fossil’s made their entry into Indian wearable market along with new models from vendors like Apple, Xiaomi and Samsung.

Some Home-Grown Wearables Companies
At the recently concluded India’s First-Ever Wearable Technologies Conference 2017, held in Bangalore, it was very apparent that Indian startups have a lot to offer on the Wearables front. TerraBlue, a healthcare wearable start-up, is focused on offering solutions for Epilepsy, Stress management and the like through a combination of ‘Smart Glove’ and an analytical engine on the backend.

RetiSense, an athletic wear start-up, has innovated around a ‘Smart Insole’ for Athletes who would want to monitor the stress on their joints whilst running. They have now moved up the value chain to offer a diagnostic & rehabilitation solution for sports medicine clinics. Apart from these, other start-up companies like Hug Innovations and GOQII have been first movers in the Wearables’ market space in India. On the other end, big players like TATA, have used ‘Design Thinking’ principles to co-innovate on a ‘Factory Safety’ Wearable.

How can Indian Startups Win in Wearable Market, GLOBALLY?
Indian Start-Ups have a great opportunity to make GLOBAL products by innovating on several challenging problems that most of the other markets don’t see or face.

For example, India is going through a big digital transformation in several economic spheres. The Government’s big push for a ‘Cashless Economy’ is tremendous opportunity to build solutions through a combination of Wearables with Biometrics and/or NFC. The same platform can be extended to other secure transactions in Railways, Retail, Tourism and other Public Utilities. Addition of sensors like bio-sensors, gas-sensors, etc can position these wearables in the B2B spaces like Healthcare, Industrial Safety and so on.

Once scale is achieved or even projected, it is easy for manufacturers and ecosystem players to establish their bases here in India and export to the world. One need not see beyond the Automobile Industry to see what India can achieve if it has a right combination of entrepreneurial enthusiasm and Government backing with the right policy measures. To further help startups in their Wearables’ Journey, we at Wearable Technologies (AG) are about to kick-start an Accelerator with themes running from Smart Wearables to Smart Textiles. Several entities have already come forward to supporting this endeavour.
Read More: