What The Future Has In Store For Indian Women Entrepreneurs 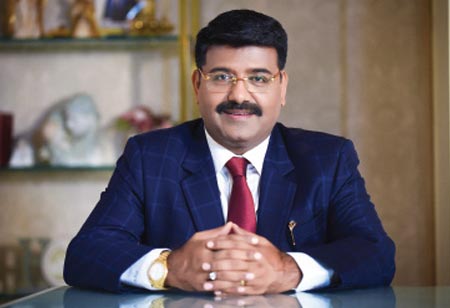 Passionate about entrepreneurship and the startup ecosystem, Agnelorajesh is a serial entrepreneur, angel investor, and a motivational speaker, and has also founded two companies Global Indian Reality Summit and MissingPeople.com so far.

Female entrepreneurship is being increasingly viewed as an important growth driver of the century with respect to economic growth and sustainable development. Women’s economic empowerment boosted through their increasingly significant role in the current political and socioeconomic scenario has resulted into an exponential growth in female entrepreneurs. Over the past few years the continent has been witnessing a rapid narrowing of the gap in gender inequalities. With more and more women pursuing entrepreneurship not just India but the entire Asia Pacific is gradually paving its way towards achieving one of the cornerstones of the 2030 Agenda for Sustainable Development that is women’s empowerment. Women have been breaking the myth of being good only in certain sectors of designing, fashion, handicraft and kitchen industries and are creating paradigm shifts across industries. In India alone there are approximately eight million women who have ventured in their own entrepreneurial journey, establishing themselves as strong contenders amidst the 126 million worldwide.

The Indian economy on the other hand is likely to grow at a faster pace in the years to come. Expected to emerge as the largest economy it would reach approximately $5 trillion by 2025 and the small & medium enterprises would have a lion’s share of the pie. According to a survey by Facebook in collaboration with OECD and the World Bank, businesses are increasingly going digital and the SME sector is harnessing the power of digitalization in the most effective manner. This SME sector mostly have women population at the helm and therefore their role becomes key to the growth. These enterprises also produce majority of employment in the country including
the rural areas. Women entrepreneurs who lead the sector are playing a remarkable role therefore by not just making the Indian economy grow at a faster rate, but by also establishing economic parity providing employment to the needful. A 2015 study by McKinsey has shown that with equal participation of women in the economy, India’s GDP can rise by 16-60 percent by 2025, which means an addition of $2.9 trillion to the Indian economy.

Women have been breaking the myth of being good only in certain sectors of designing, fashion, handicraft and kitchen industries and are creating paradigm shifts across industries


Yet there are some key challenges that they face:
•Mentorship is the biggest challenge that women entrepreneurs face in India. Men tend to network better, mingle faster and seek information and help much more freely than women. While there are a few niche women centric groups that continue to improve the support system for women, there are other challenges though, that women can take care of by themselves – like family support, child care, inhibitions towards travel, networking and like wise.

•Gender bias is another challenge and it has started taking centre stage in discussions. While it is essential for women to make it explicit that they are equally invested & well prepared in their entrepreneurship journey, there needs to be a cultural change in the entire ecosystem to nurture gender parity

•Sabbatical breaks have become a bane for professional women and many women are finding it difficult to get back to work after their breaks. But that is transforming a boon for many of the self confident women who do not want to worry about their future in the hands of such uncertainties. They are embarking upon their second innings in business and making their marks.

Indian women are most resilient. They have combated years of sub due but have emerged as leaders through every walk of their lives. They are born entrepreneurs. It is for them to plan things around their responsibilities and dependencies and then their journey would become exhilarating, empowering and liberating. It is just a psychological war and they have the tenacity determination and diligence to grow nurture and lead.
Read More:

How will an Artificial Intelligence Enabled Workspace be Like?