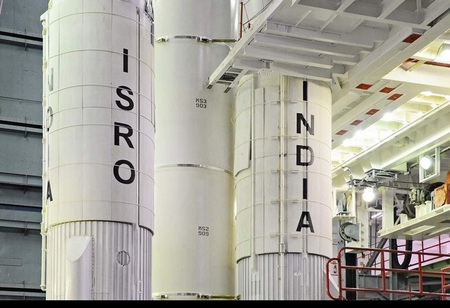 After the launch of a Brazilian satellite,ISRO has agreed to expand space cooperation with Italy by tapping opportunities in earth observation, space science, robotic and human exploration.

At a bilateral meeting in virtual mode held with the Italian Space Agency (ISA) on Wednesday, ISRO agreed to form thematic working groups to work on earth observation, space science and robotic and human exploration, as a part of its strategy to strengthen international partnerships. The virtual meeting was presided over by ISRO Chairman K. Sivan and ISA President Giorgio Saccoccia.

Brazil's Minister of Science, Technology and Innovation Marcos Pontes, who witnessed the launch at the spaceport Sriharikota in Andhra Pradesh's Nellore district, about 100 kms from Chennai, offered to step-up the space ties with India.

Sivan also had a virtual meeting with the Head of Australian Space Agency, Enrico Palermo, on February 17.

This can only be addressed along with international partners, space has dimensions beyond national considerationsand India recognised that earlier.