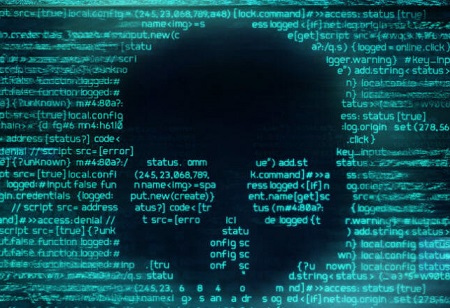 CodeNinja.ai, a Bengaluru based startup has raised a seed round of investment through EaSyndicate, the Early Adapters Syndicate in Letsventure.com. The investment amount is undisclosed but lies between the range of $100K-$300K. "No-code development platform (NCDPs) allows programmers and non-programmers to create application software through graphical user interfaces and configuration instead of traditional computer programming. Codeninja.ai is an Artificial Intelligence powered nocode platform which can generate application development code in Android, iOS and Web. CodeNinja.ai has already been adapted by a number of corporate and MSME companies to build and deploy their applications. Hari Balasubramanian , a seasoned Angel Investor led this round of investment and will also be joining the company's board.

The company plans to utilize the investment for product development and global expansion. They also want to build a DIY curriculum for users to develop applications without the help of developers.

CodeNinja.ai was founded in April 2017 by Prashanth Kuppur, Deepak Kalhan, Saurabh Kukreti and Richpal Gora. The team has combined 60 years of experience in building scalable applications with expertise in cloud solutions and software development.

Commenting on the announcement, Prashanth Kuppur, Founder & CEO, CodeNinja.ai said, "Technology is revolutionizing the way we do business with high-tech approaches like artificial engineering, and machine learning. However, application development is still untouched by these advancements and follows the same path for ages with the developer, tester, and DevOps at the core. This is what we are trying to re-engineer at CodeNinja.AI making technology accessible to everyone, anyone. Anyone can build an enterprise-grade application at the speed of light to gain a competitive advantage."
Talking about the covid-19 situation, CBO & Co-founder, CodeNinja.ai, added, “It did initially hit our growth. However, CodeNinja.ai is back on the momentum. At the time of lockdown, we have got multiple new clients and also exclusively working on the "Do-It-Yourself" platform ( CodeNinja.ai V2.0 ) and planning to open the platform to all small scale industries, Mid Size Software development companies, and Enterprises. We've seen 50%-60% increase in our revenue during this period.”

The ever growing need of developers is a huge cost to the organizations. It's a challenge to hire developers on a short notice. CodeNinja.ai platform addresses this challenge by allowing business to define their business model and workflows which are then translated into machine codes and transformed into applications (android,iOS and web). The idea is to provide an AI powered Rapid application development platform at a better and convenient cost.

Commenting on the investment, lead investor Hari Subramanian said, ""NOCODE platforms are already a very important component in the innovation toolbox used by entrepreneurs , innovators and corporate software development teams. It allows building and deploying applications very rapidly in multiple platforms where the focus is more on solving the business problem rather than understanding how to write code using various software tools. The team at codeninja.ai has taken up a very bold and futuristic vision of building a global platform which can disrupt the way applications are developed and deployed in todays marketplace. EaSyndicate is an early adopters syndicate of investors in letsventure.com where the investors actively support founding teams by supporting market validation and providing early adopters for testing and using the innovative product of the startup. We are very happy to support such disruptive innovation, which has a global appeal."

As per the startup, Zero-code solutions remove a crucial bottleneck and reduce dependency on IT for essential apps. All one needs is an idea. With handy interfaces of the platform, one can add the models they need, and publish. There is no need for any debugging or testing later. CodeNinja.ai gives the freedom to create any app. There mantra goes - 'If you have the idea, you can make it'.