Cashless Society. How well is the World Prepared? 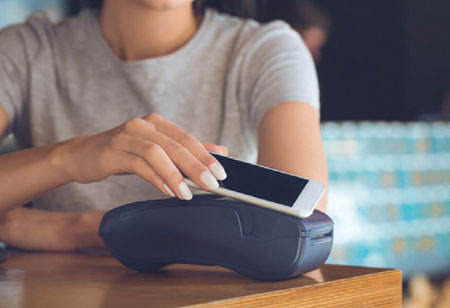 Just like technology adoption, the argument for a cashless society has been around for a while. But similar to how coronavirus intensified the adoption of technology by companies of all sizes, it also intensified the debate again amid concerns about banknotes and coins transmitting the virus. On the other hand, the increasing decline of high street bank branches and ATMs has made the possibility of a cashless society in the next few years more likely than ever before.

Interestingly, India tops the list of countries most in favour of a cashless society with 79 percent. Next stood Malaysia with 65 percent, finds the latest analysis of data from YouGov by Money Transfer.com. UAE stood third with 63 percent, sharing the spot with Indonesia. The study further finds that Vietnam (60 percent) and Singapore (56 percent) are among the countries where over 55 percent of citizens are in favour of transitioning towards a cashless society, respectively in fourth and fifth position, while Italy is the highest-ranking European country in joint sixth place along with Philippines, as 52 percent of the Italians think going entirely cash free would be a great decision for their country.

However, the more surprising country is the US that stood jointly with Sweden at 15th position, as just 24 percent of Americans feel a cashless society would be a good thing for their country.
But not every country is largely in favour of an entirely cashless society. Many respondents of the survey stated that they would only be swayed away from physical currency when making a very expensive purchase. So what is pulling them back from adopting a cashless mode of payments?

The Advantages Of Cashless Transactions Are Many, Like Being Good For The Environment Due To Less Resources Wasted On Money Production, Quicker & More Convenient Mode Of Payment That Require Zero Contact And More

While the advantages that cashless transactions bring to the front are many, including it being good for the environment due to less resources wasted on money production, quicker and more convenient mode of payment that require zero contact and more the disadvantages cannot be ignored either. Some of them are less interaction between individuals, susceptible to IT failure and cyberattacks, threatening the high street due to the increase in online shopping, harder to budget and more.

But despite the war between adopting or not, the bottom line is that in a fast moving digital world, it seems inevitable to gravitate towards predominately digital forms of currency. By understanding the stance different countries take on this subject, it is anticipated that the countries will most likely roll out cashless payments in the near future. Socio-economic factors dictate the reasons for demonstrated desire or resistance towards the implementation of electronic forms of payment, and for obvious reasons, this differs country to country.
Read More:

WE HUB Partners With Flipkart For Samrath Program