Chemveda to spend Rs 150 cr for its expansion in Hyderabad 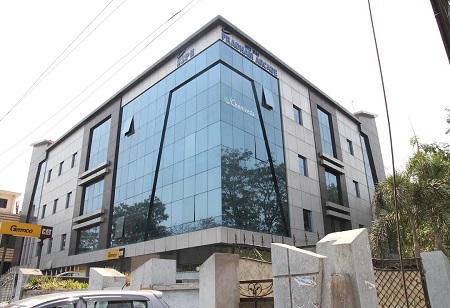 Chemveda Life Sciences has announced that it will invest Rs 150 crore for the expansion of its footprint in Hyderabad.

The announcement was made after Telangana's Industry Minister K.T. Rama Rao, who is on a visit to the United States, met the company heads in San Diego on Monday.

Chemveda Life Sciences is a Hyderabad and San Diego headquartered mid-sized contract research organisation which provides solutions to the pharmaceutical, biotechnology and agrochemical industries, along with the academia.

In the last five years, with two R&D sites, an area of over 65,000 sq ft and a manufacturing facility spread across eight acres, Chemveda Life Sciences has expanded from 45 employees in 2017 to over 450 employees now.

It will invest an additional Rs 150 crore to add a state-of-the-art R&D centre in Hyderabad, creating additional employment for 500 scientists.

It has already received a funding of Rs 90 crore and another Rs 60 crore funding has been committed. The company announced that it will add a GMP facility with a 200 KL capacity.

K.T Rama Rao said that he was delighted to see the industry benefiting from the active research ecosystem, progressive government policies, and abundant talent pool in Hyderabad.

"Hyderabad is one of the most preferred global destinations for pharma and biotech companies to seek contract research support. We feel privileged to be a part of one of the most cost-competitive and extensive ecosystems to run life sciences R&D," said Bheema Rao Paraselli, President and CEO, Chemveda.