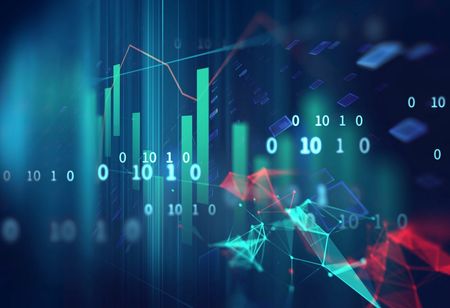 Revealing some interesting trends about the Indian workforce, recent research by Accenture and Qlik, maps India as the world’s most data literate country. Contrarily, it also highlights the rising workplace stress amongst Indian professionals stemming from information, data & technology issues. Data is a gold mine that can fuel a culture of innovation & growth. However, when employees struggle to make sense of data, productivity & business value can be affected.

According to Accenture and Qlik’s survey of 9,000 employees around the world, including 1,000 in India, local companies lose an average of over eight working days per employee, annually. These lost days due to procrastination and sick leave stem from stress around information, data & technology issues, and equate to an estimated $4.6 billion in lost productivity.

As per the research, the following are the two ways in which the data literacy gap is causing disconnect and impacting Indian organizations’ ability to thrive in the data-driven economy:

• Despite nearly all employees recognizing data as an asset, only a few are using it for informed decision-making. India has the highest data literacy level globally, with close to half (46 percent) reporting being confident in their data literacy skills - their ability to read, understand, question and work with data. Interestingly, while more than half (53 percent) of employees trust their decisions more when based on data, four in five (80 percent) still frequently defer to a “gut feeling” rather than data-driven insights when making decisions.

• A lack of data skills is shrinking productivity! An eye-opening 85 percent of employees report feeling overwhelmed or unhappy when working with data, the highest percentage globally. A surprising 47 percent of surveyed employees even state that they will find an alternative method to complete the task without using data at all. Seven in 10 respondents (74 percent) report that data-overload has contributed to workplace stress, culminating in six in 10 employees (64 percent) of the local workforce taking at least one day of sick leave due to stress related to information, data and technology issues.

No one questions the value of data – but many companies need to re-invent their approach to data governance, analysis and decision-making

Business Group, says, “No one questions the value of data – but many companies need to re-invent their approach to data governance, analysis and decision-making. This means ensuring that their workforce has the tools and training necessary to deliver on the new opportunities that data presents.” “Data-driven companies that focus on continuous learning will be more productive and gain a competitive edge,” he adjoins.

To succeed in the data revolution, business leaders must help employees become more confident & comfortable in using data insights to make decisions. Employees in India who are identified as data-literate are at least 25 percent more likely to say they feel empowered to make better decisions and are trusted to make better decisions. Furthermore, more than half (53 percent) of employees believe that data literacy training would make them more productive. This is the highest percentage globally.

Putting forth his views on this crisis, Jordan Morrow, Global Head, Data Literacy, Qlik & Chairperson, Data Literacy Project Advisory Board , avers, “Despite recognizing the integral value of data to the success of their business, most firms are still struggling to build teams that can actually bring that value to life. There has been a focus on giving employees self-service access to data, rather than building individuals’ self-sufficiency to work with it. Yet, expecting employees to work with data without providing the right training or appropriate tools is a bit like going fishing without the rods, bait or nets – you may have led them to water but you aren’t helping them to catch a fish.”

“Encouraging and enabling data literacy ensures that our organization is prepared for the future. At HDFC life, we created a CARE Framework which guides how data is used - C stands for communication to understand the business objective for using data; A is deciding access levels to the information; R stands for record keeping of who is using the data and finally E is for education to promote and enable the business to use data. For us, strategically managing and using our data has been fundamentally linked to customer experiences and outcomes, with value seen across the business. We know that with continued training, our teams will be empowered to make better business decisions,” concludes Francis Rodrigues, Senior Vice President, Business Insights, Data Labs & Innovation, HDFC Life.
Source : Press Release
Read More: