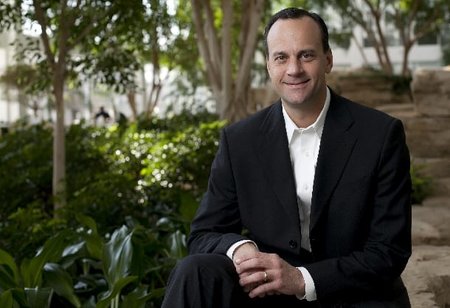 Elkay Manufacturing (brainchild of Elkay Interior Systems) appoints Ric Phillips as its new President and Chief Executive Officer. Tim Jahnke who was heading the company since 2007 as President & CEO retired from day-to-day leadership to concentrate on his role on Elkay's Board of Directors.

Welcoming Ric on board Jahnke said, “We are extremely fortunate to have attracted such a high caliber chief executive with strong credentials and remarkable experience. Ric has a distinguished background in developing and executing high-performance business strategies across a wide variety of business sectors. His unwavering commitment to customer focus, respectful and inspirational leadership style and well-earned reputation for building high-performance teams make it easy to confidently pass the torch as I step more fully into my position on Elkay's Board. I know that under Ric's stewardship, Elkay will continue on our path of accelerated growth and exceptional financial performance”.

Being a seasoned senior executive, Ric upholds immense experience in developing strategy, driving execution, negotiating transactions, and positively impacting organizational culture. As an Essendant Inc. (formerly known as United Stationers, Inc) President and Chief Executive, he has completely transformed the company's overall strategy and oversaw the largest restructuring in its history. During his tenure, the company’s share price had increased above 50 percent, showcasing his immense dedication. Not only this, he even planned, negotiated, and announced an industry-changing merger with a major competitor and ultimately navigated the company to a successful combination in January 2019.

Our company is family-owned and professionally-managed. We have always strived to find company leaders – whether from within the company or professionals from outside – who are the best people for their leadership roles

Before becoming CEO, Ric was functioning as President of Essendant's ORS Nasco Industrial business and Group President of the company's Industrial Portfolio. In 2013, he joined Essendant as President of Online and New Channels and prior that he had worked with global management consulting firm McKinsey & Company for 14 long years and appointed as its partner in 2005.

Commenting on his appointment, Phillips said, "It is an exciting time to join Elkay, and I feel honored to fill this important role at such a pivotal moment in the company's history. Elkay is a vibrant, rapidly-growing global enterprise spanning multiple industries that also happens to be turning 100 years old in January 2020. I look forward to celebrating this remarkable milestone and working with the company's 2,500 employees around the world to continue advancing our ingenuity and innovation and providing world-class service to an ever-expanding set of global customers”.

“Our company is family-owned and professionally-managed. We have always strived to find company leaders – whether from within the company or professionals from outside – who are the best people for their leadership roles. For the past twelve years, Tim Jahnke has been a sterling example of a professional leader who has led the company masterfully while consistently exemplifying our values. As Tim steps away from day-to-day leadership and more fully into his position on the Board, it is a pleasure that a leader of Ric's caliber has agreed to join our company in this key leadership role as President and CEO. I have every confidence in his ability to lead our company forward,” professed Ron Katz, Chairman, Board of Directors, Elkay.