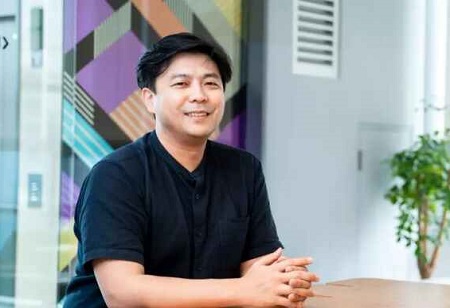 Ikkjin Ahn dropped out of his doctorate programme in 2008 when Google came calling and headed for Silicon Valley.

For more than five years, he immersed himself in data and machine learning at the company’s YouTube and Android platforms. Ahn said YouTube had about 50 engineers at the time, and he helped develop an ad algorithm that would make the video service profitable.

Then he went out on his own, founding Moloco Inc., an advertising-technology company, in 2013. Less than a decade later, the Redwood City, California-based firm is a unicorn, an unlisted startup with a valuation of more than $1 billion. Its latest funding round, in August, was led by a big-name backer: Chase Coleman’s Tiger Global Management.

“I dropped out when my professor told me it would take 10 years to get my PhD,” Ahn, 42, said in an interview during a visit to Seoul. “It was a spontaneous decision, but it was one that has changed my life.”

Moloco is one of a number of US-based unicorns that have been created by South Korean entrepreneurs. Others are Noom Inc., a weight-loss app, and Sendbird Inc., an in-app messaging startup.

Moloco delivers more than 13 billion ad impressions a month on mobile apps, according to its Series C funding statement. Its customers include Bytedance Ltd’s TikTok, the video-sharing platform that now has more than 1 billion users every month.

Ahn’s company raised $150 million from the Series C funding round in August, which valued it at $1.5 billion.

“We invested in Moloco because its machine learning algorithms have proven to be among the best available,” John Curtius, a partner at Tiger Global, said in Moloco’s funding statement. “The volume of digital data produced is growing exponentially yet the tools available for taking action on that data remain relatively limited.”

Moloco’s revenue has doubled every year, according to Ahn. It was about $180 million last year. The company first turned a profit in the first quarter of 2020, after spending years developing its machine-learning algorithm, he said. It has more than 200 employees.

Ahn said that targeted ads can be unsettling at times when badly done, but if they are done well they can help customers “find products or services that they might not otherwise discover.”

James Cooper, a director of Business of Apps, which provides app industry information, says Moloco has room to expand its business.

“Moloco’s challenge is to scale up its brand and sales team across multiple international markets” and in multiple areas such as games and e-commerce, he said. But he said the company’s approach has the potential to be successful.

Moloco is looking to list shares on the Nasdaq in the next two or three years, Ahn said. He said he’s been traveling frequently among the company’s eight global offices, even during the pandemic.

“The jet lag is sometimes quite painful,” he said. “But I don’t stress out often,” he said. Moloco may be much smaller than Google and Facebook, but it has established a profitable business model and is headed in the right direction, he said.