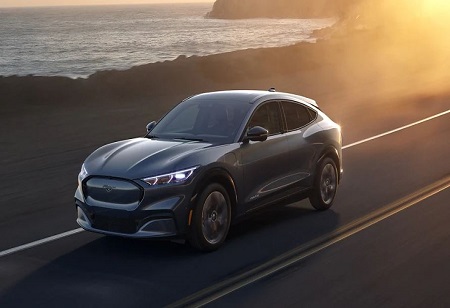 In its bid to catch up with Elon Musk-run Tesla, Ford Motor Company has announced to increase its electric vehicle (EV) investment to $50 billion through 2026, up from the previous $30 billion investment announcement by 2025.

The automaker aims to produce more than 2 million electric vehicles annually by 2026, representing about one-third of Ford's global volume, rising to half by 2030.

Ford said it will create distinct electric vehicle and internal combustion businesses to compete and win against both new EV competitors and established automakers.

The company expects to spend $5 billion on EVs in 2022, including capital expenditures, expense and direct investments, a two-fold increase over 2021, the automaker said in a statement late on Wednesday.

"This isn't the first time Ford has reimagined the future and taken our own path," said Ford Executive Chair Bill Ford.

"We have an extraordinary opportunity to lead this thrilling new era of connected and electric vehicles, give our customers the very best of Ford, and help make a real difference for the health of the planet," he added.

Ford reiterated its commitment to achieve carbon neutrality by 2050, and to use 100 per cent local, renewable electricity in all of its manufacturing operations by 2035.

Last May, Ford President and CEO Jim Farley introduced the Ford+ plan, calling it the company's biggest opportunity for growth and value creation since Henry Ford scaled production of the Model T.

The formation of two distinct, but strategically interdependent, auto businesses -- Ford Blue and Ford Model e -- together with the new Ford Pro business, will help unleash the full potential of the Ford+ plan.

"We are going all in, creating separate but complementary businesses that give us startup speed and unbridled innovation in Ford Model e together with Ford Blue's industrial know-how, volume and iconic brands like Bronco, that startups can only dream about," said CEO Jim Farley.