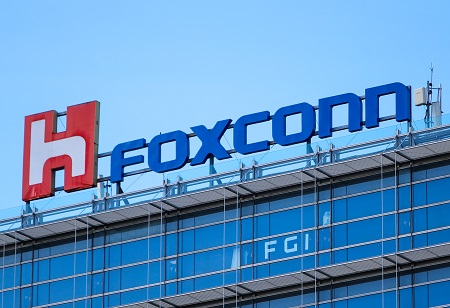 Foxconn will build electric vehicles for Lordstown Motors as well as its other partner Fisker Inc. at a former GM factory in Ohio.

Lordstown Motors, the beleaguered electric vehicle company that became publicly traded via a merger with a special purpose acquisition company, said it reached a nonbinding agreement with Foxconn to sell its 6.2-million-square-foot factory. Lordstown purchased the factory in 2019 from General Motors.

Under the agreement, which has yet to close, Foxconn will pay $230 million for the facility. The deal excludes certain assets such as Lordstown’s hub motor assembly line, battery module and packing line assets and certain intellectual property rights. Foxconn will also buy $50 million of Lordstown common stock.

The deal comes at a critical moment for Lordstown Motors, a cash-strapped startup turned SPAC that had a string of missteps earlier this year. In August, the company hired Daniel A. Ninivaggi, a longtime automotive executive and former head of Carl C. Icahn’s holding company, as CEO and a board member. The appointment came after months of tumult at the company, including the resignation of its founder and CEO Steve Burns. CFO Julio Rodriguez resigned following a disappointing first-quarter earnings report that revealed the company was consuming more capital than expected and unable to reach previously forecasted production numbers for its electric Endurance pickup truck.

The goal of the partnership, the companies said in its announcement, is to present both Lordstown Motors and Foxconn with increased market opportunities in scalable electric vehicle production in North America. That includes Foxconn’s existing partnership with EV company Fisker Inc. (Lordstown and Fisker are separate companies and have no connection).

In May, Fisker signed an agreement with Foxconn to co-develop and manufacture a new electric vehicle under a program called Project PEAR. Production on the Project PEAR car, which stands for Personal Electric Automotive Revolution, will be sold under the Fisker brand name in North America, Europe, China and India. Pre-production is expected tp begin in the U.S. by the end of 2023 and will then ramp up into the following year.

Fisker didn’t reveal the U.S. manufacturing location. The final decision would be Foxconn’s, Fisker noted at the time.

“Achieving key program objectives such as time to market, access to a well-developed supplier ecosystem and overall cost targets were all important factors in the decision to locate manufacturing in Ohio,” Henrik Fisker said in an emailed statement. “Since signing the agreement with Foxconn earlier this year, we have been working together intensively on all aspects of Project PEAR including design, engineering, supply chain and manufacturing. Fisker’s commitment to volume manufacturing in the United States takes another important step forward today with the signing of this agreement.”

Fisker also has another vehicle program in the works with a different contract manufacturer. The Fisker Ocean SUV will be assembled by automotive contract manufacturer Magna Steyr in Europe. The start of production is still on track to begin in November 2022, the company reiterated in its second-quarter earnings call. Deliveries will begin in Europe and the United States in late 2022, with a plan to reach production capacity of more than 5,000 vehicles per month during 2023. Deliveries to customers in China are also expected to begin in 2023.