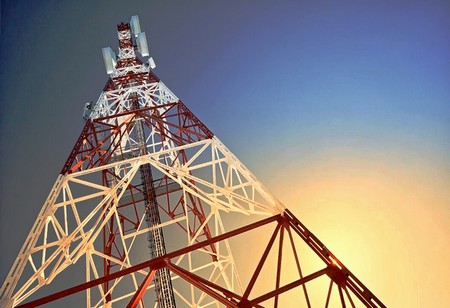 India’s top three telecom companies (telcos) will have to spend a minimum of around Rs. 44,000 crore (approximately $6000 million) merely to replace the spectrum they hold, directly or through sharing, and which expires next year. With the government getting 25 percent of the money upfront, this constitutes one-third of the estimated industry earnings before interest, tax, depreciation, and amortization of Rs 33,981 crore, based on Cellular Operators Association of India estimates for 2019-20.

Though the figure is based on the base price of spectrum for the upcoming auction fixed by the Telecom Regulatory Authority of India (TRAI), it’s an assumption that there will be no bidding war. As much as over 153 megahertz (MHz) of spectrum, constituting around seven percent of the total spectrum holdings of Reliance Jio, Bharti Airtel, and Vodafone Idea (Vi), will expire next year. This does not include Jio’s spectrum-sharing agreement with Reliance Communications (RCom) for 37.5 MHz of spectrum in the 800-MHz band, which will also expire in 2021 and will need to be replaced. The final details of the spectrum auction are awaiting approval by the Cabinet, and also the auction has already been delayed. There will be no auction of 5G spectrum. If all the spectrum on offer, including 5G, was sold by the government based on the base price, it would have made over Rs. 5.86 trillion.

India is ranked 127 amongst 138 countries with average mobile data speeds of a mere 12.15 megabits per second (Mbps). This is a third of the average global speed (34.51 Mbps), according to the latest data from Ookla, the company behind Speedtest which tests internet speed. These data clearly indicates that the

Though the figure is based on the base price of spectrum for the upcoming auction fixed by the Telecom Regulatory Authority of India (TRAI), it’s an assumption that there will be no bidding war

quality of data speeds and network capacity are under serious stress. Yet data usage in the country per subscriber has shot up 40 percent in the first quarter of 2020-21 over the same quarter the previous year. As much as 70-85 percent of the network capacity is already being used to cater to the growing demand. More spectrum, in short, is the need of the hour.

Jio has the least spectrum among its competitors, a mere 18 percent share (553 MHz) of the total industry spectrum. This is far lower than its two competitors. Vi has a 30 percent share of the overall spectrum and Airtel has 28 percent. Further, according to Morgan Stanley, Jio has made the least investment in spectrum. It estimates that only 18 percent of Jio’s total investment of $50 billion in building its network has gone into spectrum. In contrast, 44 percent of the $44-billion that Vi has invested has gone into spectrum alone.

The spectrum which Jio used under a trading agreement with RCom (which includes the circles of Delhi, Karnataka, and Maharashtra - 3.75 MHz and Kolkata - 5 MHz) will expire next year. Also, the spectrum which Jio has under a sharing agreement with RCom will expire next year and will have to be replaced. They are all in the 800 MHz band. For Airtel, around 6.6 per cent of its spectrum holdings will expire next year, mostly in the 900 MHz and 1,800-MHz bands. These include 1,800 MHz spectrum in the lucrative circles of Mumbai as well as Maharashtra. The company that has the maximum amount of spectrum among its rivals, Vi, will have 1,800-MHz spectrum in Delhi and Karnataka coming up for expiry. The spectrum held by Vi and Airtel, which has come up for renewal, was under the administered price and not based on a full auction.
Read More: