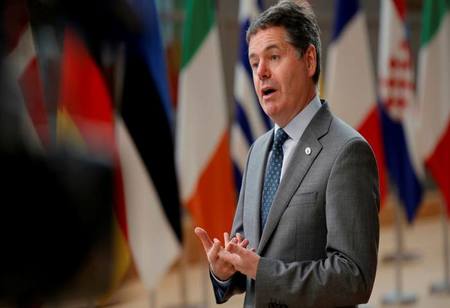 The Irish government has agreed to join an international agreement to reform the global tax rules to address the challenges arising from the digitalisation of the global economy, according to a statement released by the Irish Department of Finance.

"The Government has given approval today for Ireland to sign up to the political agreement at the OECD (Organisation for Economic Co-operation and Development) Inclusive Framework on a new tax framework to address the tax challenges of digitalization," said Finance Minister Paschal Donohoe in the statement on Thursday.

Pillar One will see a reallocation of a proportion of profits to the jurisdiction of the consumer, and Pillar Two will see the adoption of a new global minimum effective tax rate applying to multinationals with global revenues in excess of 750 million euros (about $866 million), Xinhua news agency reported.

"The agreement to be discussed at the OECD's Inclusive Framework tomorrow has been updated to provide additional clarity, which prevented Ireland joining the consensus in July," said the statement, adding that the proposed minimum effective tax rate of "at least 15 per cent" in the previous version of the agreement has been set to a precise rate of 15 per cent.

In the previous negotiations, Ireland refused to sign up to the agreement due to concerns that the wording of at least 15 per cent could mean a further rise in tax rate in the future, according to local media reports.

"We have secured the removal of 'at least' in the text. This will provide the critical certainty for Government and industry and will provide the long-term stability and certainty to business in the context of investment decisions," said Donohoe.

According to the statement, the 15 per cent corporation tax rate will apply to 56 Irish multinationals employing nearly 100,000 people and 1,500 foreign-owned multinational enterprises based in Ireland employing around 400,000 people, while the corporation tax rate will remain unchanged at 12.5 per cent for the vast majority of businesses in Ireland.

There are over 160,000 businesses in Ireland with a turnover less than 750 million euros per annum, which employ approximately 1.8 million people, said the statement.

"The recognition of the important role that research and development plays in the modern global economy and society is another key aspect of the agreement," said the statement.

According to local media reports, Ireland had held intensive discussions with the parties concerned before agreeing to enter the agreement. These include discussions about the nature of possible exemptions or flexibility for certain areas like research spending, said the Irish national radio and television broadcaster RTE.

The 140 member jurisdictions of the OECD's Inclusive Framework will meet on Friday to reach an agreement, said the statement, adding that: "There is much technical work to do in the months and years ahead before the new rules come into play which is expected to be as early as 2023."

Ireland's agreement to increase the tax rate from 12.5 per cent to 15 per cent for foreign-owned multinational enterprises on its soil will have a limited impact on its foreign direct investment as the 15 per cent tax rate is still appealing compared with higher tax rates in many other EU member states, said local industry watchers.