LANXESS Welcomes Stephanie Cossmann to its Board of Management 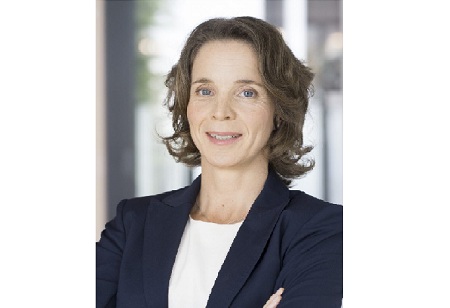 The Supervisory Board appoints Stephanie Cossmann (46), who is currently head of the Human Resources group function, as the member of the Board of Management and Labor Director. Cossmann, holds a doctorate in law, will take up her new position on January 1, 2020. She succeeded Rainier van Roessel (62), who will retire at the end of the year whereas Katja Conner (51), currently Senior Director HR EMEA at U.S. chemicals company Celanese will succeed Stephanie Cossmann as head of Human Resources.


Stephanie studied law in Paris, France, and Muenster, Germany. After working as a lawyer for several years, she joined LANXESS in 2004 where she not only settup the processes & structures required in a listed company in various areas but also manages various management positions in the Legal and Internal Audit group functions. Along with General Law department in the Legal and Compliance group function (2014), Cossmann also headed Human Resources group function (2017). nd her team have completely realigned.

Appreciating about Stephanie, Matthias Zachert says, “In recent years, I have come to know Stephanie Cossmann

“In recent years, I have come to know Stephanie Cossmann as an absolutely reliable, experienced and competent colleague.

as an absolutely reliable, experienced and competent colleague. I am looking forward to an even closer cooperation with her and extend a warm welcome to her to the Board of Management,”

For many years Jochen Schroer (63), has been the head of the Legal and Compliance group function & is going to retire on December 31, 2019. His successor will be Markus Lehner (48), currently head of Compliance & Corporate Audit at LANXESS. Prior to LANXESS, Lehner worked in the legal department of Bayer AG where he was responsible for the legal support of several business and corporate divisions.


Boasting about Jochen Schorer (63), Zachert says, “Jochen Schroer is an outstanding and versatile lawyer who has played a key role in our success since LANXESS was founded. He has been an important advisor to me and the entire company in many situations. I am very grateful to him.” Further adding to it he also says, “I would also like to thank Markus Lehner for his work to date. On behalf of the entire Board of Management I wish him every success and all the best in his new role. I warmly welcome Katja Conner on board of LANXESS”.