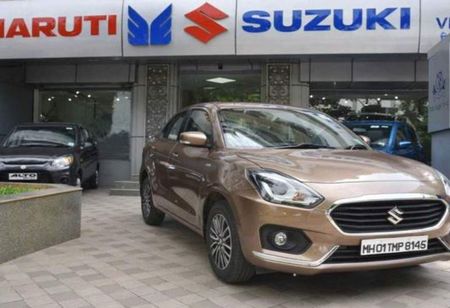 The country's largest carmaker Maruti Suzuki India (MSI) has announced that it would "significantly" raise the prices of its entire product portfolio from next month as a measure to offset the impact of high input costs.

However, the auto major is expecting that the exercise would cover its entire product range in the country.

Shashank Srivastava, MSI Executive Director (Sales and Marketing) says, "We had emission norm conversion from April last year. It involved a lot of costs so we had thought that we would increase the prices but somehow the market situation last year wasn't so great so we did not increase prices at that time. But now input costs have increased dramatically, especially of the raw materials like steel, plastic and the rare metals."

It was to offset the impact of the cost escalations that the company had hiked prices in January this year, he added.

Shashank further states, "We were trying to stimulate demand after the pandemic and that is why we kept the price hike in January to a very small amount hoping that the input costs would nor remain high and come down. But the projections now are that the raw material cost would remain high in the next few quarters. It is therefore with great reluctance we have decided to increase the prices from April. We are figuring out the exact number but there will be a substantial increase because the cost has gone up due to emission and safety norm changes."

He states that the company did not pass an increase in input costs to buyers in 2019-20 and the current fiscal.

Earlier in a regulatory filing, the car market leader announced that over the past year, the cost of the company's vehicles has been impacted adversely due to an increase in various input costs.

It adds, "Hence, it has become imperative for the company to pass on some impact of the above additional cost to customers through a price increase in April 2021."

On January 18 2021, the automaker had announced to hike prices of select models by up to Rs.34,000 due to a rise in input costs. MSI sells a range of models from entry-level hatchback Alto to S-CROSS, priced between Rs.2.99 lakh and Rs.12.39 (ex-showroom prices Delhi) lakh, respectively.
Read More: