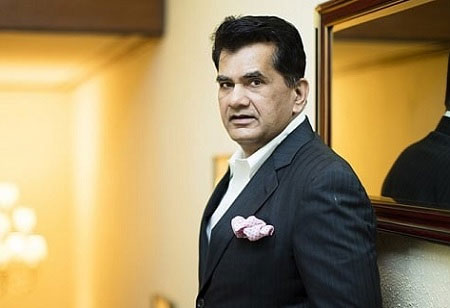 NITI Aayog's former CEO Amitabh Kant is tipped to take charge as India's new Sherpa of the G20. He will replace Union Minister Piyush Goyal as the full-time Sherpa as India will hold the G-20 Presidency from December 1, 2022 to November 30, 2023. A Sherpa will have to devote a lot of time for meetings to be held in different parts of the country.

On the other hand, Goyal has other important tasks on hand like serving as the Leader of the Rajya Sabha and also handling the work in his important Ministries like Commerce and Industry, Textiles, and Consumer Affairs, Food and Civil Supplies.

Being a Sherpa, Goyal's foreign travel will be affected during Parliament sessions and he would want to focus attention on Free Trade Agreement (FTA) talks with the UK and the European Union (EU).

The UK and the EU are large markets and FTA would result in a boost to industries resulting in large number of
jobs in sectors like textiles, leather, gems and others. The UK FTA is in advanced stages. Goyal led the FTA negotiations with Unite Arab Emirates (UAE) and Australia regardless of the odd time zones.

A qualified chartered accountant, Goyal's guidance is also required at the World Trade Organisation (WTO) as some countries may try to push India towards a compromise on important areas.

The UK and the EU are large markets and FTA would result in a boost to industries resulting in large number of jobs in sectors like textiles, leather, gems and others

The UK and EU FTAs will be game changers for India's labour-intensive sectors such as textiles, leather, gems & jewellery, helping artisans, weavers, farmers and creating lakhs of jobs in smaller towns. The minister's expertise is needed here.

The minister's guidance is also needed in the WTO. India achieved the best-ever outcome for the country in WTO's ministerial meeting last month. It became a dealmaker, demolishing Western propaganda about India being a deal breaker. India protected the interests of its small fishermen and farmers, but some countries would try to push India to compromise on these key areas in future negotiations at WTO. This would require the minister's urgent attention from time to time.