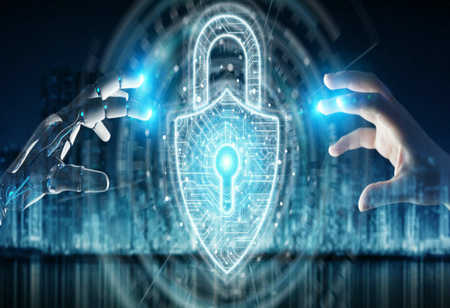 NTT Ltd., a world-leading global technology services provider, today launched its 2020 Global Threat Intelligence Report (GTIR), which reveals that despite efforts by organizations to layer up their cyber defences, attackers are continuing to innovate faster than ever before and automate their attacks. Referencing the current COVID-19 pandemic, the report highlights the challenges that businesses face as cyber criminals look to gain from the global crisis and the importance of secure-by-design and cyber-resilience.

The attack data indicates that over half (55%) of all attacks in 2019 were a combination of web-application and application-specific attacks, up from 32% the year before, while 20% of attacks targeted CMS suites and more than 28% targeted technologies that support websites. For organizations that are relying more on their web presence during COVID-19, such as customer portals, retail sites, and supported web applications, they risk exposing themselves through systems and applications that cyber criminals are already targeting heavily.

Matthew Gyde, President and CEO of the Security division, NTT Ltd., says: “The current global crisis has shown us that cyber criminals will always take advantage of any situation and organizations must be ready for anything. We are already seeing an increased number of ransomware attacks on healthcare organizations and we expect this to get worse before it gets better. Now more than ever, it’s critical to pay attention to the security that enables your business; making sure you are cyber-resilient and maximizing the effectiveness of secure-by-design initiatives.”

Industry focus: Technology tops most attacked list
While attack volumes increased across all industries in the past year, the technology and government sectors were the most attacked globally. Technology became the most attacked industry for the first time, accounting for 25% of all attacks (up from 17%). Over half of attacks aimed at this sector were application-specific (31%) and DoS/DDoS (25%) attacks, as well as an increase in weaponization of IoT attacks. Government was in second position, driven largely by geo-political activity accounting for 16% of threat activity, and finance was third with 15% of all activity. Business and professional services (12%) and education (9%) completed the top five.


Now more than ever its critical to pay attention to the security that enables your business; making sure you are cyber-resilient and maximizing the effectiveness of secure-by-design initiatives

Attacks on government organizations nearly doubled, including big jumps in both reconnaissance activity and application-specific attacks, driven by threat actors taking advantage of the increase in online local and regional services delivered to citizens.”

2020 GTIR key highlights:
•Websites posing as ‘official’ source of COVID-19 information, but host exploit kits and/or malware – created at an incredible rate, sometimes exceeding 2000 new sites per day.
•Most common attack types accounted for 88% of all attacks: Application-specific (33%), web application (22%), reconnaissance (14%), DoS/DDoS (14%) and network manipulation (5%) attacks.
•Attackers are innovating: By leveraging artificial intelligence and machine learning and investing in automation. Some 21% of malware detected was in the form of a vulnerability scanner, which supports the premise that automation is a key focus point of attackers.
•Old vulnerabilities remain an active target: Attackers leveraged those that are several years old, but have not been patched by organizations, such as HeartBleed, which helped make OpenSSL the second most targeted software with 19% of attacks globally. A total of 258 new vulnerabilities were identified in Apache frameworks and software over the past two years, making Apache the third most targeted in 2019, accounting for over 15% of all attacks observed.
•DoS/DDoS attacks in APAC were higher than the global average, and about three times of the DoS/DDoS rate in EMEA, regularly appearing in the top five common attack types (Singapore #4 and Japan #5).
•Web-application and application-specific attacks dominated the region. They were the two most common attack types in Japan, and application-specific attacks were the most common attack types in Singapore and Hong Kong.

The 2020 GTIR also calls last year the ‘year of enforcement’ as the number of Governance, Risk and Compliance (GRC) initiatives continues to grow, creating a more challenging global regulatory landscape. Several acts and laws now influence how organizations handle data and privacy, including the General Data Protection Regulation (GDPR), which has set a high standard for the rest of the world, and The California Consumer Privacy Act (CCPA) which recently came into effect. The report goes on to provide several recommendations to help navigate compliance complexity, including identifying acceptable risk levels, building cyber-resilience capabilities and implementing solutions that are secure-by-design into an organization’s goals.