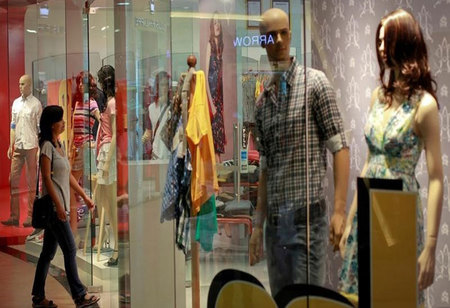 When the clock strikes midnight on June 30th, it not only will herald the customary arrival of a new month, but also a historic moment in the post-Independence era as the country will be joining other major powers in the World in adopting Goods and Service Tax (GST), which aims to bring in a uniform tax regime for various Goods and Services traded across the vast nation.

The government headed by Prime Minister Narendra Modi has made elaborate arrangements to take the nation to the new tax reform at the Central Hall of the Parliament, and prominent leaders and personalities are going to witness the midnight gala.

But what is GST for the vast and fast-growing retail sector in India? How the Manufacturers, Distributors, Dealers and Retailers are going to be involved in the uniform tax system? Whether the end customers will bear the brunt or going to enjoy the fruits of the single tax system?

GST stands for Goods and Services Tax. This single tax system will supersede all state and central taxes including Value Added Tax, entry tax, octroi and other central and state taxes, and introduce one single tax right from manufacturers, distributors, dealers to local vendors. GST also avoids cascading taxes which ultimately reflects on the prices of the commodities.

How will GST impact the Point of Sale (POS) sector, which has been the bellwether for the BJP government to make the country a cashless economy?
POS is one of the major pillars of the retail sector which supplies hardware components like credit/debit card swiping machines, inventory management tools and POS terminals such as cash registers, barcode scanners, barcode printers, cash drawers to name a few.

Speaking about the impact on the retail sector, Bhaskar Venkatraman, Director and CEO of Millennium India, a group involved in marketing some of the world's top POS hardware machines to Indian retailers for the last two decades, said: "GST will make the retail sector more organized as more than 85 percent of the businesses in India are unorganized and need to be regularized. With GST, there will be a single transparent tax structure throughout the supply chain and a clear mechanism to calculate the taxes at various levels. Since several daily use items are exempted from the purview of GST, people will benefit out of it as some of them will witness a decrease in price post-GST."

For retail sector, Bhaskar Venkatraman, who also introduced India's first and only e-commerce shop to make top branded POS technology products available online to retailers, said it will be a win-win situation for retail businesses as they are now out of the complex tax laws and filing processes.
On the GST's impact on POS sector, Bhaskar said: "The net impact on the pricing (of POS products) would be very minimal and in fact would boost the consumption. While in the short-term, GST could be perceived as a tough stance for growth, in the longer run, the retail sector would benefit immensely only to gain because of price harmonisation and smooth flow of material across the country."

Then, what is GST for end customers? The burden or benefit would finally be oo the end consumers but an overall win-win situation would prevail, concludes Bhaskar.