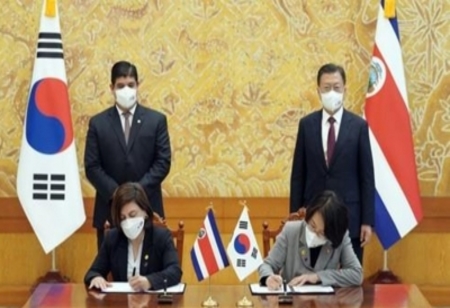 "The trade agreement has helped boost exchanges and investment between the two nations. It is expected to further help strengthen the bilateral economic ties and support a sustainable economic recovery," Yeo said.

In 2020, South Korea's volume of exports to Costa Rica stood at $111.12 million, with imports coming to $156 million, according to government data.

Yeo voiced hope for strengthening ties in the fields of digital, environment, technology and innovation, as the two nations share the goal of achieving inclusive economic development and net-zero emission by 2050.