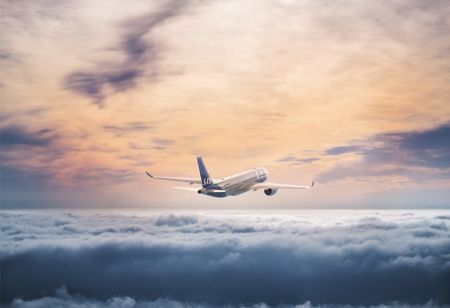 Star Air, a scheduled commercial airline in India, plans to connect the financial capital of Madhya Pradesh, Indore, to Belagavi in Karnataka. After spreading its wings in eight Indian cities in five states – Karnataka, Maharashtra, Andhra Pradesh, Uttar Pradesh, and Gujarat – Star is all set to bring the state of Madhya Pradesh under its airline's operations by the first month of the upcoming year.

Indore and Belagavi are two important regions of India which till date remains unconnected with absence of direct flight services. People who need to travel between these two cities have to travel far, which creates hassle and much inconvenience during their journey, making the whole voyage unpleasant.

With the new flight services, Star Air would not only

become the first airline in India to connect these two vital regions, but also fulfill the long-standing demand of people living across the geography of these two cities. It is expected that millions of people from South and West Maharashtra, North and West Karnataka, and from many districts adjacent to Indore would be benefitted by this upcoming service. Especially, districts of Maharashtra like Kolhapur, Sangli, Satara, Solapur, Sindhudurg, & Ratnagiri, along with Goa and many districts of Karnataka such as Belagavi, Dharwad, Karwar, Vijapur, & Dawangere would be benefitted because of this connectivity.

Star Air has already opened the sales for this route since 14th of December. The Airline will provide this direct flight services between Indore and Belagavi thrice in a week. It operates under the UDAN scheme. Hence, its seats are available at very reasonable rates, so that anybody can fly to their dream destination without much expense.
Source : Press Release
Read More: