Vidya is a marketing and content development professional graced with over 12 years of progressive experience in the field of Marketing, Content

Development, Corporate Communications & Client Servicing
The Game of Truth & Dare behind Women Entrepreneurship Did you know, if the women entrepreneurs in US alone started a separate country, the country will rank 5th in GDP? Well, that is an interesting stat and something that can boost morale of business women around the world. Today, there are more women CEOs running Fortune 500 Companies than ever before, but, sadly that figure stands only at 6.4 percent. If women are doing so brilliantly in the business world, then why are we still facing challenges with gender inequality, funding and credibility? This article is a tribute to the women around the world disrupting the status quo with brilliant business models and management skills.

The Truth
80 percent of the global buying decisions are made by women, but when it comes to venture funding, women are deeply under-represented. The gender gap in the current startup or leadership scenario has seen a slight improvement over the years but not drastically enough. According to a 2018 report of World Economic Forum, at the current rate it would take 202 years to bridge the economic gender parity. With such staggering statistics, the challenges faced by women entrepreneurs and leaders are numerous –

Investor Bias: A December 2018 Morgan Stanley Survey that included more than 200 investors and lenders found that funders show much lesser interest in business pitches presented by women entrepreneurs and if they do they require it to be of a higher standard when compared to their male counterparts. They think women owned businesses will have lesser market success, whereas research has proved that businesses run by women perform better in the market. According to the report only 2.2 percent of the venture funding went to women-run business and when the funding is done they do it at 20 percent lesser rate than their male counterparts.

Gender Bias: A 2017 Harvard Business Review report says that most Venture Capitalists and Investors have stereotypical images of women and are often hesitant about their credibility, trust worthiness, experience and knowledge. The report further states that, women entrepreneurs were given only 25 percent of the applied funding whereas male entrepreneurs received 52 percent. Moreover, the funding rejection rates for women were higher when compared to their male counterparts.

Power Bias: Women are sadly under represented as financial decision makers. According to Crunchbase, a venture tracking site, only eight percent of investing partners of the top 100VC firms were women as of
October 2017. Will the increase in the number of women venture capitalists see an increase in funding for women entrepreneurs? Most women entrepreneurs do think so. For example, Rachel Dori, the founder of Daily Harvest, a delivery service for produce centric meals recalls her struggles with a roomful of potential male investors as if she had no clue what she was talking about.

Culture Bias: Most VCs think women are not capable enough to handle a business on their own and hence, women entrepreneurs face condensations and ambiguity when presented with a project proposal. Women entrepreneurs are known to have to go to extreme lengths to get their business on track. For example, Penelope Gazin and Kate Dwyer, the Co-Founders of Witchsy, an online marketplace for weird art had to introduce an imaginary male Co-Founder Keith to get their business up and running.

Although, women continue to face numerous challenges the societal outlook has seen a drastic change over the decade

Dare
With changing culture, there are more women entrepreneurs and leaders climbing the corporate ladder. Although, women continue to face numerous challenges, the societal outlook has seen a drastic change over the decade. Today, there are more than 10 million businesses owned by women in the US alone and the past decade has seen a 68 percent increase in women entrepreneurship. But how do these women handle the varied bias targeting them in the patriarchal business economy?

Networking: It is a time consuming process and with family and children one of women’s greatest constraint. Building a reliable support system and breaking the guilt trip is paramount to overcome this challenge. Networking opens new avenues to reach the target market and build a niche for businesses.

Funding: Men look at a business challenge in a more linear way when compared to women, making it difficult for them to understand a women’s business perspective. Whereas, when women entrepreneurs share experiences and interest with women investors, it provides a parallel level of thinking and opening avenues to better understand each other’s perspective and demolish gender bias in the funding process.

Perspectives
Powerful, successful, self-made are terms rarely used to represent women, but there have always been women in every era who have managed to change the history with their ‘never say die attitude’. Modern self-made billionaires like Cher Wang (the owner of HTC), Sara Blakely (the master mind behind ‘Spanx’, a multi-million dollar undergarment company), Oprah Winfrey and JK Rowling are some of the amazing inspirations for ‘from rags to riches’ stories who inspire innumerable women striving to make it BIG! 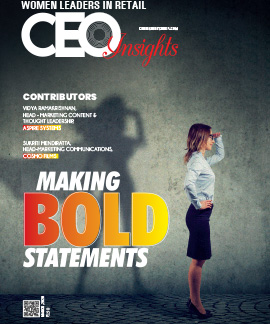