Is The Raising Money Model A Bubble That Will Burst? 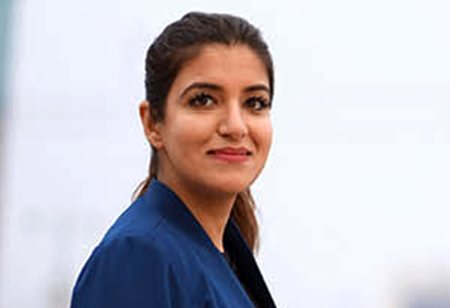 With a demonstrated history of working in the advertising & marketing industries, Rachitta is skilled in Digital Marketing, Mobile Application and Software Development areas.

A bubble is an economic cycle categorized by the speedy increase in the asset prices followed by a contraction. When no more investors are keen to buy at the raised price, a massive sell-off occurs, causing the bubble to deflate. The time of today requires companies to work on a profitable model. Only concentrating on the investment component and evolution is not adequate for the companies. Indeed, after the WeWork fiasco, some investors have become more vigilant about the firm’s operational structure. The whole WeWork catastrophe has offered investors a warning like what can happen in an easy money milieu. Raising money model is in fact an economic bubble that is sure to gust out, like what happened in the case of WeWork.

As we all know that WeWork, a shared workspace startup, was valued at $47 billion at the start of 2019. However, the startup has been in mayhem since it publicly filed its Initial Public Offering(IPO) paperwork in August 2019. Within a month, the co-working company had to reduce its valuation. After getting bailed out by one of its major investors, SoftBank Group Corp., the tech unicorn was valued at just $8 billion, according to reports available online.

We Work also had to remove its CEO Adam Neumann and delay its IPO indefinitely. This entire fiasco has much to teach investors about value, according to a recent column in The Wall Street Journal by James Mackintosh. Apart from We Work, investors can also learn from the greater losses from other IPOs dropping money.
It is essential to focus on the company’s revenue growth but at the same time profitability is something that cannot be circumvented. A profit model refers to a company’s plan that attempts to make the business viable. It positions firm plans to manufacture and generate sales. Also, such a model looks after the expenses that the business will earn in a bid to make the company sustainable and as a matter of fact we need to look into this profitability in order to avoid such havoc’s in the company.

Without a concrete profit model, the business is supposed to be functioning blindly. In such a scenario, company’s longterm growth can be impacted. This justifies that only focusing on fund raising is not sufficient for the firm to grow steadily and progressively. This is exactly what happened in case of WeWork.

The initial stage of planning a profit model is to ascertain the value proposition, which is a statement detailing all the products and services that the startup will offer to the market. These products and services are of value for the customers. The dynamic force when a customer is making a purchase is the value that they will obtain from using that product. Value proposition also aids the company’s services stand out from the competitors who sell identical products. Only raising money is an erroneous step in terms of businesses.

A good profit model of a company should always involve an advertising space that businesses can use to endorse their services and products. The production and operating component also form the spine of the profit model. Funds are elevated for running a business for as long as a company wants capital for development. That should not be an approach to bloat valuation. Companies are required to focus more on how to turn profitable rather than waiting for funding and being at the mercy of investors. Higher bond yields should also be emphasized as that also favours value stocks.

The businesses should not overlook earlier losses in pursuit of chasing growth. Investors must fix on companies' present earnings and cash flow picture, and also deliberate on their sales growth. It’s high time when emerging startups should pay more consideration to the profitable constituent of the firm for overall progress and functionality. A company should have its own cashflow that rises out of their own profits, rather than relying on an investor to intervene.
Read More:

Making Your Organization The Best Workplace