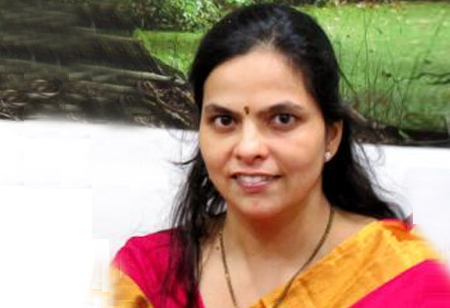 ‘Sara had been working hard on a project for a US based client. The Project was nearly completed, and she was now all prepared for the final presentation. But to everyone’s surprise, instead of Sara, her junior male colleague was asked to present. Sara broke down and was almost in tears. On counseling by her other colleagues, she finally settled down. But the question kept lingering in her mind - Why was she not given the opportunity - was it only because she was a woman?’

We have so many such Saras around us. Someone missing out on an important opportunity as it involves odd working hours, someone missing out on a promotion because it involves a huge time commitment and a lot of travelling, so on and so on!
Few years back, a survey was published giving statistics of gender representation in few of the leading consultancy firms. Surprisingly it was observed that though at the entry level, the percentage of male and female employees is nearly equal, as we go to the top, the percentage reduces remarkably.

So, Why & Where are These Drop Outs Happening?
It’s found that major drop outs are happening after the first three to five years of the professional career. As the job responsibilities grow, family commitments also start taking their toll at the same time.

Thanks to our social system, women are expected to prioritize her family commitments, and personal life over the professional life, however promising the latter can be. It’s almost like an inverted funnel, that as you go to the top, the proportion of women executives narrows down.

In the 2013 Companies Act, government had added an ordinance and made it mandatory to have a woman on the board. However, one striking fact had come to light soon after, that majority of the top consultancy firms - may it be US Based, Europe based, or an Indian one, only 15-20 percent of them had women representation on the board.

With this scenario, if we check percentage of equally qualified women reaching to the top, the percentage decreases gradually from bottom to top. Reasons given are many, ranging from inability to commit for long working hours, frequent traveling, stress, and others.

However, when we look at the top brass ladies including Indra Nooyi, Aarathi Subrammanian of Tata Sons, Inderpreet Sawhney of Infosys, Deby Simpson of Boston Consulting group, Kara Murphy of Bain and Company, do we think that these obstacles must not have played any role in their journey towards success or were they simply one of the few fortunates?

Quite unlikely, isn’t it? It’s their approach to tackle the obstacles in a different way, that has created their path to success.
Here, I would like to refer to Indra Nooyi, who has created history, and became the CEO of US based PepsiCo, despite her social, cultural, and gender challenges. She has been quoted various times in the past about work-life balance. She has a logical and practical approach to deal with it. She says, one has to develop coping mechanisms, pick up the right battles and be firm on our goals.

As an able professional and as a wife, mother, daughter, we can’t always be torn between our professional and personal life. One can’t be present every time for all parent teacher meetings, or for the annual days in school. What works wonders is continuous dialogue with the family-especially kids, effective communication, and counseling skills, and for that one needs to have clarity of thought.
If someone wants to prioritize personal life over the professional life, the decision should be well thought over and after weighing all the pros and cons. It appears initially as a gratifying feeing of ‘sacrifice for others’, but soon it fades, it’s not an everlasting feeling. At the same time, if one selects professional life over the family commitments, guilt can overtake the decision any time.

At the outset, we have to prioritize our goals, make choices, accordingly develop strategies, and then align and convince others. Though the battle is not easy, but the intensity can be reduced with a planned and clear approach.

There is a brighter side also, that after taking a break in their careers, some women also stage a comeback as Entrepreneurs or Freelancing consultants, which allows them to maintain a work life balance as well.

On realizing this fact, companies are coming up with solutions to recruit and retain women employees. It includes Women executives support groups, flexi working hours, work from home initiatives and others.

In this context, a remarkable initiative has been taken by Tatas – wherein TATA SCIP offers plethora of career options to women who wish to enter in the corporate world after a break, on their terms.

With this pandemic, work from home is becoming a new norm, which can also create a conducive environment for women employees.
It is proven that gender diversity contributes towards increasing creativity and productivity. There is a ray of hope that in coming decade we will see equal opportunities and equal representation for women executives in consultancies.

Tribal Women Entrepreneurs who are Stars of their Communities, with the Efforts of MoTA