Minimalism is the New Norm of 2022

Minimalism is the New Norm of 2022 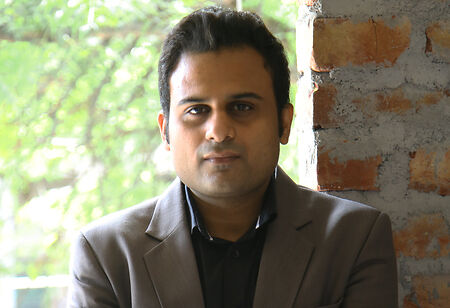 Have you ever stood in awe of a house, covering the same area as yours, but looking much bigger? Then the key factor incorporated in its interiors has to be minimalism. As a concept, minimalism has been around for quite a while and according to current sentiments it is quickly developing into a renowned worldwide trend. A considerable number of us have recognised what is fundamental to our lives, and what we can live without. The concept of minimal design encourages a decluttered, peaceful spatial design style. Many people today are acquainted with the idea of moderation which denotes taking the minimal route and introducing the essential structure.

Minimal design style is said to be quite similar to modern day interior designing as it includes utilizing the basic necessities to make a decluttered and open space layout. This style can be described by its simplicity, clean lines, and basic neutral colours. It typically consists of an open floor plan, loads of light, natural & artificial and practical furnishings. It centres around the shape, shading and surface of a modest bunch of fundamental components. In the project ‘Arc House’ made by architect Robin Sisodiya, there appears a skilfully designed living room with ionic wall panelling’s of a dark grey hue throughout the room. The interiors have been designed with the concept of minimalism in mind featuring velvet red sofas laid out towards a selected primary side exuding a lavish charm of their own, an art installation in
the form of a lamp and a marble top table for better functionality. The entire room can be described as a perfect image of simplicity and elegance.

The simple step of prioritizing quality over quantity can have a great impact on your home layout. Simple yet modern décor, area rugs, wall hangings, layered beddings and much more are staples in the house of a minimalist

The minimalist methodology enhances the interior of your house by using light, structure and tasteful materials effectively. As a rule in an open arrangement design, to give about a feeling of freedom and lavishness, there should not be unnecessary ornamentation and décor used.

The subtleties that are utilized work in sync with each other and give a kind of a harmony to the setting. This can be in the form of artwork on a living room wall, or a beautiful vase in the dining room. The dining room shown above has a clean look to it with a glossy white table in the middle contrasting the grey in the back drop, the bright yellow sofa adds a bright pop to the room. This is a good example of how a room can achieve a luxurious look with only a handful of elements.

The simple step of prioritizing quality over quantity can have a great impact on your home layout. Simple yet modern decor, area rugs, wall hangings, layered beddings and much more are staples in the house of a minimalist. These are the kind of aesthetics that sit well with the people who are looking for a clean and trendy space for themselves wanting to embrace the simple lifestyle.
Read More:

How Technology Made its Space in Education During the Pandemic