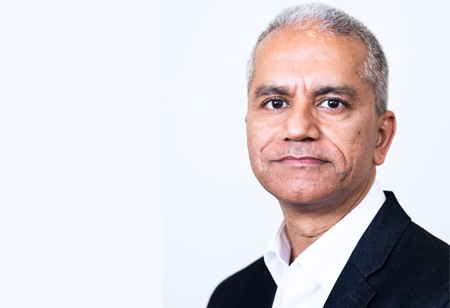 In our globally connected world, the supply chain is the lifeline which effects every person in the population. From companies that are trying to reduce costs and increase profit, to consumers who want to get goods at the best price. The COVID-19 epidemic has demonstrated the fragility of the current supply chain, especially in the US. The most developed nation in the world is now largely dependent on other countries for its own material needs and at a great cost. In 2019, the USA imported US$2.57 trillion worth of goods, including computers, vehicles, oil, pharmaceuticals, medical apparatus, furniture, bedding, lighting, signs, prefab buildings, plastics, gems, precious metals, chemicals, and even medicine and medical supplies. It might, in fact, be easier to identify what the USA does not import!

The 9/11 attacks in 2001 cost the nation many lives, but also resulted in substantial damage to the property and Information Technology infrastructures of the organizations that suffered from the disastrous attacks. Many of the companies located in the Twin Towers did not have Disaster Recovery Plans (DRP), and in the absence of backup to fall back on, data and software were in many cases lost forever. As a result, every major organizations today ensures that they have a disaster recovery platform, often located in another state or country. That is an expensive and time-consuming scheme to setup and maintain, but it has become the cost of doing business and ensuring survival, for no modern company can today transact without an IT foundation and a dependency on data and information systems.

In order to make and sell a product, a company must have a well-defined supply chain. Ironically, the tools and technology that help fine-tune and perfect the modern supply chain, have also rendered it fragile. A brief historical look at the evolution of the supply chain can help us understand why:

Local manufacturing & local consumption. Before the Industrial Revolution and globalization raw material production and manufacturing were in the same country, if not the same town. Goods would be transported using horses, or even manually. We had self-contained pockets of production to consumption.

Lower, lower and lower Cost. ” Lower cost” became the new mantra. In the 1950s the British Motor Company created the concept of Just in Time (JIT) to optimize the cost of production and storage. This concept did not catch the world by storm until the Japanese adopted it in the 1970s. In a few short years it became a manufacturing must-have to reduce the cost of warehousing, transportation, and production. Raw material could reach a manufacturer or distributor days or even hours before they needed it. And mind you, the cargo travelled thousands of miles for a JIT type environment. Talk about risk!

Made to Order. Dell in the 1990s took JIT to a significantly higher level Made-to-Order. Order your
computer online and specify the configuration you want, and the order would be transmitted to the manufacturing plan and your computer would be assembled and shipped to you within days. Yet one more way to cut costs Don’t make it until they buy it.

Today we have a supplychain that travels across the globe before reaching its destination. Any unplanned delay could have harmful effects on production and sales for most companies. This is when raw material is produced in one continent, shipped over the ocean to be converted to product, and shipped yet to another location where it is sold. Any disruption in the supply chain would compromise the entire process.

Considering how much the survival of a company depends on its supply chain, it becomes essential to have a Disaster Recovery Plan (DRP) for dealing with likely disruptions to the flow of material and goods

Considering how much the survival of a company depends on its supply chain, it becomes essential to have a Disaster Recovery Plan (DRP) for dealing with likely disruptions to the flow of material and goods. Unfortunately, many companies do not have such a plan in place, and would not even know where to begin in creating one. Here are a few pointers to consider:

Risk Analysis. Which is the weakest link in your supply chain? What poses the greatest risk? A comprehensive analysis of the end to end supply chain must be conducted.

Logistics Service Provider (LSP). Is your LSP part of the recovery plan? Have you done DR simulations to ensure the LSP has resources available to meet your recovery requirements? 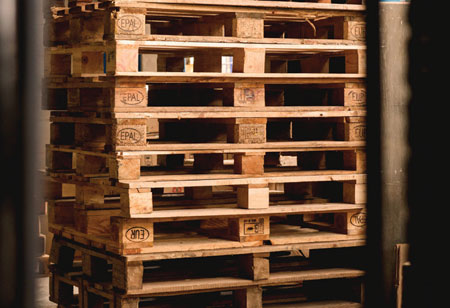 Test. Let us not forget the well said words of Ronald Reagan, “Trust, but verify”. If you have a Disaster Recovery plan does it work? Do you test it regularly? And do you implement corrective measures from you learn from the test?

COVID-19 is the 9/11 for supply chain. Companies must start looking at their supply chains and ensure they stay working when the next event disrupts the world order. They should work with their suppliers and logistics service provider to develop an action to mitigate all known risks.

Technology is and will play even a bigger role in making the supply chain resilient. Read my article, Digitizing the Supply Chain, which will be posted in August. Until then please tell us about your supply chain DR plan, if you have ever activated it, and what you learned from it.
Read More:

The Resilience of an Industry Called Insurance