Are Tech Giants a Threat to the World Order? 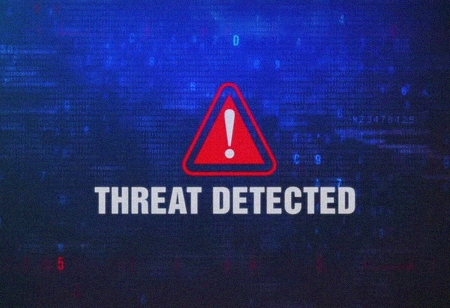 The constitution of the big tech firms isn’t ours. We are free to choose an alternate. But what if we don’t have one? Are we just going to distance ourselves from such platforms or it’s every time that such threat will induce one of us to create another platform?

It came as a shock, and not surprise, to many when Twitter blocked the account of Donald Trump. The shock was so extensive that the company’s stock plummeted and Jack Dorsey, the CEO of the company, had to use the platform to clear his stand on the matter. In a thread of tweets, he said “I do not celebrate or feel pride in our having to ban @realDonaldTrump from Twitter, or how we got here. After a clear warning we’d take this action, we made a decision with the best information we had based on threats to physical safety both on and off Twitter. Was this correct?”

Indeed this wasn’t all he had to say. He further tweeted, “I believe this was the right decision for Twitter. We faced an extraordinary and untenable circumstance, forcing us to focus all of our actions on public safety. Offline harm as a result of online speech is demonstrably real, and what drives our policy and enforcement above all.”

He further approves that putting a ban on the account was a failure of Twitter’s vision to promote healthy conversation. “And a time for us to reflect on our operations and the environment around us,” the tweet thread further mentioned. Jack accepts that such actions fragment the public conversation and even divide us, while limit the potential for clarification, redemption and learning. “And sets a precedent I feel is dangerous: the power an individual or corporation has over a part of the global public conversation.”

This is where Jack is right. Earlier even Facebook banned the sitting US President ‘until the peaceful transition of power is complete’. The company is also suspending all donations to political parties and launching a review into its political spending practices, as reported by Axios. On the other hand, even Airbnb said it will update its political spending framework and withhold support from those who voted against the certification of the presidential election results. Even Google and Microsoft have frozen political donations, and Instagram, Snapchap & Twitch have also taken action against President Trump’s account.

It is not just in the US that Twitter & Facebook had an influence on the elections or the voters were persuaded by the social media platforms. India too had complained about the intervention of social media platforms in the country’s electoral process. Selective portraying of thoughts and events impacted the nation drastically. For us, this isn’t new, but banning the head of a state is critical and shows how the tech companies are transforming into a powerhouse that has the audacity to influence, if not change, the world order.

The act is big, but the bigger question is: are such acts not a free-speech violation? On the other hand, with WhatsApp’s new terms of policy ready to be imposed on us, it indeed is breach of our privacy. I understand that tech companies are here to make money and not be a non-profit platform, but they cannot earn at the cost of our privacy and security. Though WhatsApp has almost flooded all the major print publications with its clarification statement, the damage is already done. The company has already lost people’s trust and most of us are finding alternate ways to secure our privacy. Many people have either shifted to Signal or Telegram or are considering doing this.

It is indeed time our nation and we as individual take charge of what controls our lives and not just data. It is important not to let the tech giant’s constitution dictate our lives. Let’s stand affirm!
Read More:

The War of Vaccine, Trust & Transparency