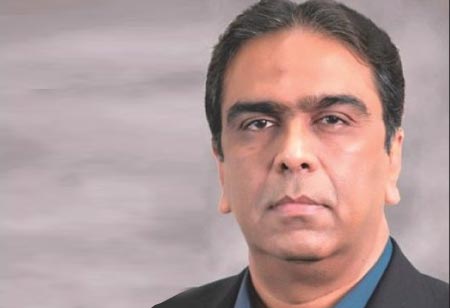 In current Indian power scenario, a substantial growth of renewable energy has been planned which would significantly alter the energy mix and energy market scenario in India. The fast growth of renewable power leads to a more volatile residual load due to their fluctuating nature. To balance the variable electricity supply from renewable energy sources, Coal fired power plants need to be more flexible in terms of possessing resilience to frequent start-ups, meeting major and rapid load changes, and providing frequency control duties that makes them to be reliable power for safe and stable operation of grid.

European Story
European Power market has changed significantly over the past decade. The Global recession brought down the demand. CO2 prices have dramatically fallen as a result of oversupply. US shale gas has increased US coal exports making coal generation inexpensive than gas. However global gas prices have oil prices putting coal at the margin. Incentive schemes designed to deliver European 2020 targets have prompted a sturdy and regular growth of Renewable. Further, the EU has set itself a long-term goal of lowering greenhouse gas emissions by way of 80-95 percent, while as compared to 1990 levels, by 2050.

All these factors changed the operating regime of the gas and coal-based power plants from base load to flexible.

Relevance to India
The primary objective of the Government is to provide 24×7 power to all with reliability, affordability and environmental friendly. Integration of large quantities of RE power in the grid has significant challenges that are both technical and economic in nature.

Since the availability of Gas generation, Hydro potential, and storage system is limited, grid balancing seems to be difficult without substantial coalbased generation. Subsequently, base load plants will have to Ramp up/down and shutdown/start-up with greater frequency.

Thermal generators need to get transformed from base load to Flexible/backup generation and ancillary service provider in conjunction with enhancing environmental performance, improving efficiency, improving flexibility in order to be competitive and sustainable.

Thermal power has entered a period of fundamental change but the sector’s evolving existence is crucial for India’s electricity stability as a key pillar of the future energy system.

Challenges for Conventional Generation Plant
Technical Challenges:
As the power plants shift from base load to flexible operations, they result in significantly increased occurrences of thermal transients in the material of critical high-temperature boiler and turbine components. These transients and other operational factors associated with the flexible operation, have following effects on coal-fired generating assets:
• Increased rate of wear on high-temperature components and BOP components.
• Decreased thermal efficiency at low load (high turndown).
• Increased fuel costs due to more frequent unit starts.
• Difficulties in maintaining optimum steam chemistry.
• The Potential for catalyst fouling in NO control equipment.
• Increased risk of human error in plant operations.
• Cyclic operation/Load Ramping capabilities of machines of different age and technology will pose difficulties in dealing with the impact of RE generation variation.
• Part load operation would adversely impact the Heat Rate, SOC, and APC.
• Damage Mechanisms - Thermal fatigue, Thermal expansion, Corrosion & its Related Issues, Fireside Corrosion and many others.
• Impacts on Environmental control equipment - Load following and other modes of flexible operation can affect the performance and reliability of Flue Gas Desulfurization (FGD) equipment and Selective Catalytic Reduction (SCR) systems.

Operator Coaching: Simplified damage algorithms for creep and fatigue should be developed for operator coaching. Plant data for critical components are screened to identify and understand the most damaging operational conditions. Operators can then seek to minimize the extent of such conditions during future unit starts.

Maintenance Strategies: Maintenance strategies are developed about every three to four years to allow future budgeting and phasing of component replacement (as informed by inspection and experience). These strategies are forward-looking to anticipate requirements of expected operating regimes in terms of hours and starts and are sometimes scenario-based. They include a detailed review of site-specific defect/failure histories to date.

Design Modifications: Modifications to the design of replacement components to ‘design out’ damage mechanisms.

Damage Estimation: Estimates can be made of damage costs per start to inform the plant’s trading position based on increased routine maintenance costs, damage to major components, and estimated cost of consumables per start.

The Marketing Mindset: Key To Win