As it stands, Zeej happens to possess the largest printing press network with its 17 branches in entire Saudi Arabia. The company was founded back in 2002, and since then, it has been growing at a very rapid rate. There are two important secrets behind the company's growth. One is its service and the second one is its COO, Ahmed Siddiqui, who’s equally supported by its CEO Mr. Abdulaziz Alomran. Ahmed is such a talented leader that he has been selected for the 10 Top Indian leaders in Saudi Arabia on the 2021 list. He is one of the utmost reasons behind Zeej's today's position. Ahmed was taken an interview, and here are some fragments of the interviews.

1.Tell us about your journey from the beginning. How did you end up where you are today?
After my diploma, I worked for three different companies in Saudi Arabia. My diploma is in the field of graphic design. Therefore, my work was related to printing, publishing, and designing. During the span of my work, I gained a lot of experience in designing and printing. However, I realized that I am made up for something more. It was then I realized my management skills. To enhance those skills, I pursued a bachelor's degree in commerce and then went for MBA in E-commerce. To sum up, I started my career as a graphic designer then climbed up the ladder to Pre-press Manager, Branch manager, director of branches, and then COO.

2.What qualities/traits do you believe you possess that make you such a prominent leader?
Being the COO of Zeejprint, I must say that I have to take care of a lot of stuff regularly. There is no particular trait that I or my skills are based on. I play different roles at different times, and therefore, it is everything that I am required to grasp. Sometimes I make strategies to grow, whereas sometimes I have to look after its marketing. The only particular trait that I believe to possess is continuous development. I believe in creating more leaders along with me. That helps me to teach learn and grow. I am focused on my commitment to my company. This allows me to put my 100% efficiency to my work, and that takes my company to the next level.

With the latest and fastest technology, Zeejprint gets the opportunity to deliver more than 150,000 flyers in just a couple of hours which is not an easy task for our competitors

3.What are your noteworthy contributions to the company?
Apart from establishing the largest network of branches, I was able to create processes for almost everything and automate them as much as possible. Doing that helps to enhance the quality as well as the quantity of the service we provide. With the latest and fastest technology and an automated flow, Zeejprint gets the opportunity to deliver more than 150,000 flyers in just a couple of hours which is not an easy task for our competitors. By playing an essential role in all significant developments, I have been helping it achieve its goals. By achieving its goals, Zeejprint is getting the opportunity to stay committed to its solutions. Thus, I must say that I play a very crucial role in making the company what it is.

4.What are the milestones that you have received on your journey?
I have always wanted to see my
company and my people grow in my entire journey, and this is precisely what my milestone is. I have always dreamt of taking my company and my people to the nextlevel. Today, when I see that the people who had started their journey with me and have reached a satisfactory level, it provides me with a different kind of satisfaction that I cannot explain in words. Nevertheless, apart from everything, my most magnificent milestone is that I have higher up my company's position. Zeejprint became the first printing press in Gulf to qualify for preparation for ISO 12647-2:2013 Certification, world's leading process standards management system for its offset printing facility, Riyadh. 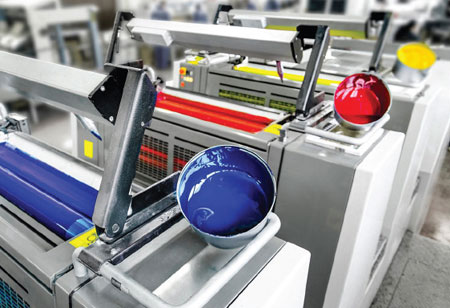 5.Describe the outline of a roadmap that you would provide your company for the future.
For the future, firstly I am planning to add some more products and services to our offerings. This is going to help the company to attract more customers. Hence, it will increase the company's revenue. Moreover, I am working on enhancing the company's user experience byinducing Artificial Intelligence (AI) to its website. I believe that improving the user experience will help in sustaining the current customer base with full effectiveness. These two are the significant factors that I am planning on introducing to the company for the future. I am also looking forward to creating more jobs on the national scale and expanding the branches within KSA. These four are the major factors of the future roadmap that I am developing for my company.

Ahmed Siddiqui, COO Zeejprint
Ahmed is a talented leader who has been selected for the 10 Top Indian leaders in Saudi Arabia on the 2021 list. He is one of the utmost reasons behind Zeej's today's position.