Todd Bankofier Takes Charge as CRO; AudioEye In Search of a New CEO 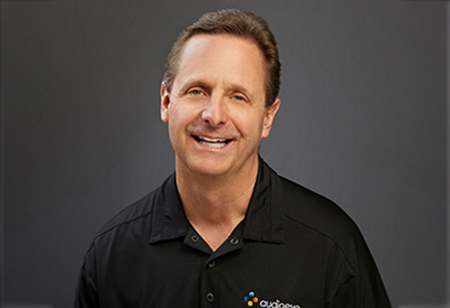 “On behalf of the entire AudioEye team, I want to extend our appreciation to Todd for his guidance in helping drive our fast-growing business to the position of strength we occupy today,” states Carr, “Under his leadership as CEO, AudioEye reported 14 consecutive quarters of revenue increases, expanded our footprint to well over 3,000 customers and entered into entirely new markets for digital accessibility. Todd’s track record makes him the ideal leader to drive our enterprise sales efforts forward as our new CRO”.

He continues, "AudioEye has a tangible opportunity ahead for explosive growth across a number of industries and technology formats, and we believe we are well positioned to deliver. Beginning first with our recent CFO appointment and as the next step in our long-term succession plan, the board has initiated a search
process for a CEO with proven product and leadership experience in organizations with scale or rapidly growing in scale like ours. In the meantime, and with Todd's assistance, I look forward to taking an increased operational role within the company to ensure total continuity until we appoint a new CEO”.

Under his leadership as CEO, AudioEye reported 14 consecutive quarters of revenue increases, expanded our footprint to well over 3,000 customers and entered into entirely new markets for digital accessibility.

Before joining AudioEye, Todd has held several leadership roles such as Principal at Fairmont Capital Group, Vice President & General Manager at Ensynch, Vice President- National Sales at XO Communications LLC and Senior Vice President at The Greater Phoenix Chamber of Commerce. In his new role, Todd would lead the company’s Direct Channel. He would also be responsible for driving growth, through new customer acquisition (NCA). Todd completed his graduation from Arizona State University.

Commenting on his new role, Todd says, “AudioEye is in its best position to date, but I’m most excited about where we’re going next,” he adds, “We have a tremendous opportunity ahead of us, and I look forward to being a part of that journey and leading our enterprise sales team to even greater heights as we work to bring AudioEye everywhere”.