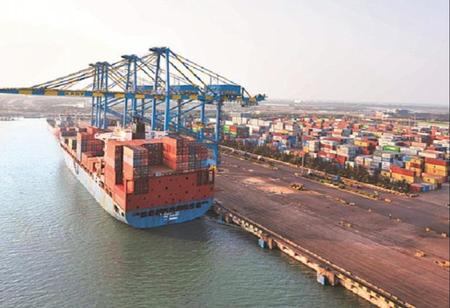 The Adani Port’s shares and special Economic Zone rose as much as five percent in intraday trade on BSE on March 23 post the company had announced that it has signed an agreement to secure 58.1 percent stake in Gangavaram Port (GPL).

The transaction, valued at Rs.3, 604 crore, is expected to be completed within 6 months.

Adani Port further adds, "The acquisition is in line with the company’s strategy of the east coast to west coast parity and will provide an access to growth from new hinterland markets as it has coverage in resource-rich and industrial belt in eastern, central & southern India."

Gangavaram Port Limited was incorporated on September 27, 2001, and is engaged in the business of handling various types of Dry Bulk and Breakbulk cargo. GPL is a multi-cargo facility and handled 34.8 MMT of cargo in FY20. It has a potential of 64 MMT. The operational revenue for the financial year 2019-20 was Rs.1,082 crore, Adani Port said.