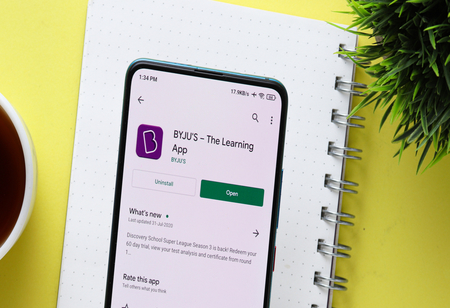 According to sources, the Vedantu deal is presently in the advanced stage and would finalise soon after meeting the necessary regulatory approvals.

Vedantu offers individual and group classes across K-12 and test preparation segments. Over 1.5 lakh students study live every month on the platform and more than 40 million users access free content, tests, doubts, videos on Vedantu's platform and its channels on YouTube monthly.

Edtech company Byju's has evolved as one of the India's most valuable unicorn startup with a valuation of over $17 billion. Last month, Byju's took over Epic, the world's leading digital reading platform for kids 12 and under, for $500 million.