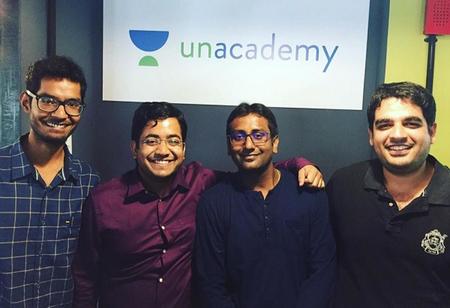 Leading online learning platform Unacademy , recently, said it has elevated $440 million in a funding round led by Temasek, at a valuation of $3.44 billion. The Series H funding round also saw involvement from General Atlantic, Tiger Global, and Softbank Vision Fund.

Concluded the last 18 months, the estimation of the Unacademy Group has raised almost 10 times, one of the wildest progress rates perceived by a mid-stage consumer internet startup in India. Founded in 2015 by Gaurav Munjal, Hemesh Singh, and Roman Saini, Unacademy has a growing network of more than 50,000 registered educators and over 62 million learners, in 14 Indian languages across 5,000 cities.

The Series H funding round also perceived involvement from Aroa Ventures, the family office of OYO Founder Ritesh Agarwal, and Deepinder Goyal, Co-Founder, and CEO at Zomato. Some angel investors of Unacademy have exited in this round. The latest round follows one in January when Tiger Global, Dragoneer Investment Group, Steadview Capital, and General Atlantic doubled down on their earlier investments through a secondary transaction.

In February, Unacademy acquired TapChief, a professional networking and "future-of-work" platform, at a valuation of INR 100 crore.

Microsoft Intends to tap into Oyo Prior its IPO