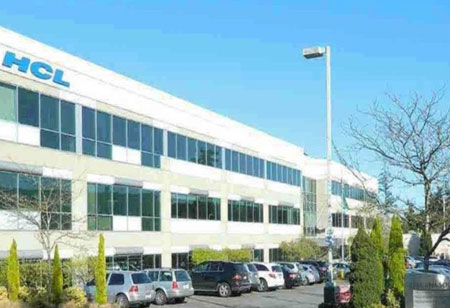 This was aimed at attracting more talent and combating an acute attrition challenge, he added. India’s third largest software services provider by revenue, the company said it will take a few more quarters before the attrition rate recedes from the current 20 percent levels.At the same time, the company is also expanding in smaller cities in India and abroad to increase its talent base.

“Wherever the skills are at a premium, we increase the grades. If you look at the fresher talent, today, we are paying Rs. 4.25lakh per annum to graduates now”, Apparao said. He was referring to how the company had increased focus on retention and fresher growth through the system.

HCL Tech reported an operating margin of 18 percent for the quarter ended March 31 and 18.9 percent for the full fiscal year, which were at the lower end of estimates due to higher employee costs and a seasonal dip in its products and platforms(P&P) business. The entry level compensation hike in FY22 came in addition to an existing program that allows freshers to get additional certifications to increase their compensation to Rs.6 lakh a year.

The company exceeded its guidance for fresher hires in FY22 (20,000-22,000) to onboard 23,000 recruits for the year. It has forecasted around 34,000 fresher recruits in FY23. Its fresher intake is about 11percent of its 208,877 employee base. Larger rivals like TCS and Infosys have far exceeded their initial guidance and reported 16 percent and 27 percent fresher intake, respectively, as a share of their overall employee base in FY22.

The entry level compensation hike in FY22 came in addition to an existing program that allows freshers to get additional certifications to increase their compensation to Rs.6 lakh a year

Apparao said that the company expects to roll out wage hikes in July, similar to the 7-8 percent band offered in FY22. This is in contrast to the slight upward bias in increments indicated by TCS.

“Last year, we already rolled-out increments, defined fresher compensation grids and corrected the same for previous five batches. In addition, we had also rolled-out a couple of retention kitties. These are significant amounts. Hence, I don’t see that there would be a need for anything more than what we have given as an increment last year, because it was not a standalone increment.All those things have contributed to the wage bill already”, Apparao said.

While HCL Tech ended the year at an attrition level of 21.9 percent compared to 9.9 percent in the previous year, the company said it was seeing early signs of attrition slowing down during the FY22 fourth quarter. However, unlike Infosys, which saw five percent lower attrition in the fourth quarter, HCL does not see a drastic dip and expects the 20 percent attrition rate to last for another fiscal year.
Read More: