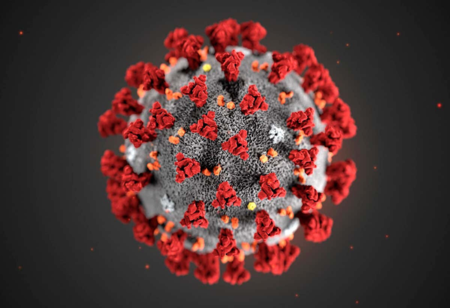 According to the findings from a first-of-its-kind global survey, Indians are very satisfied with their country’s responses to the COVID-19 pandemic, bringing the country in at third place amongst 23 countries.

India: Well managed, and citizens least anxious
With an index score of 59, India tied with the United Arab Emirates (UAE), and was above the global score of 45, coming in third place globally and within the Asia region. (See Appendix, Chart 1) This positive score was also reflected in the national mood, with only 32 per cent of Indian citizens feeling anxious during the crisis – the least in any country in the survey. (See Appendix, Chart 2)

In terms of overall crisis management, 87 per cent of Indians felt that their country has managed the crisis well. (See Appendix, Chart 3) Top drivers contributing to the score includes keeping the public informed with accurate information on COVID-19, implementing action plans to reduce the risk of virus spread, and advising employers on how to minimise workplace health risks.

David Black, Founder and Chief Executive Officer of Blackbox Research, said that India’s impressive score reflects the country’s early proactive measures to ensure that it stays ahead of the crisis as the pandemic evolves, including the country’s biggest lockdown.

Mr Black said, “India’s coronavirus strategy has been aggressive from the onset, and state-specific success stories like Kerala have inspired confidence across the nation. While its total number of cases have now surpassed China’s, as the world's second-most populous country India has maintained a relatively low reported death rate, and it is seeing a noticeable reduction in its rate of contagion, which experts attribute to the nationwide lockdown which took place in late March.

He added, “India has not been afraid to take a hard stance against the pandemic, as demonstrated by its recent extension of its lockdown in order to accelerate public health measures such as case detection, contact tracing, isolation and management of cases.

This has given its citizens confidence that the right decisions have been made, despite the enormous difficulties in mobilising a nation of this size.”

On the other end of the index, Japan ranks last with an index score of 16, due to its perceived poor political performance and business leadership, as well as lacklustre community performance. Countries like Hong Kong (27) and South Korea (31) also fared poorly with its citizens.

With the number of infections over 4.7 million worldwide, world leaders have seen their political leadership scrutinised by its citizens amid mounting pressures to stem the pandemic. India has emerged strongly, with more than half (52 per cent) of its citizens reporting favourable ratings towards their government’s performance during this crisis, above the global average of 40 per cent. (See Appendix, Chart 4)

Additionally, 69 per cent of Indians reported to be satisfied with their top national leaders, such as Prime Minister Narendra Modi. (See Appendix, Chart 5) Mr Black said that one of the factors potentially contributing to India’s heightened public confidence towards its political leaders is Prime Minister Modi’s visibility during the crisis.

COVID-19 is not the first and will not be the last global pandemic.In order to rebuild public trust and confidence leaders need to consider the lasting implications and impacts of the crisis in order to emerge from this crisis stronger and more resilient

Mr Black added, “As part of the government’s public communication efforts during this pandemic, Prime Minister Modi have been making regular televised appearances, calling out to the nation to cooperate during these challenging times, and even apologising to the public the impact that these harsh measures will have especially on the poor.

“However, whether this positive sentiment prevails will likely depend on how effectively the government addresses the social and economic ramifications of the pandemic, which we are beginning to see signs of, such as the unveiling of a stimulus package worth 10 per cent of the country's GDP.”

Aside from New Zealand, Western countries including the U.S., Australia, Italy, Germany, UK, and France had less than 50 per cent of its citizens report favourable ratings, with France faring lowest in the region and third-lowest globally at 14 per cent. Mr Black notes that the study confirms that the crisis has dented western psyches insofar of expectations about national preparedness in many areas.

With a deepening economic slump across the world amid nationwide lockdowns, business leaders are also put to the test in terms of how they respond to the crisis. For India, businesses are playing a greater role than other countries, with 45 per cent of Indians rating their country’s business leaders favourably, above the global average of 28 per cent and placing the country in the top three. (See Appendix, Chart 6)

Mr Black said, “Increasingly, people are recognising that businesses have a part to play when it comes to addressing the pandemic and the impact it has on the country. Today’s CEOs are knee-deep in difficult choices as they attempt to absorb losses, steady cash flow and balance the competing needs of their investors, customers, staff, and suppliers. It is heartening to see that a greater percentage of Indians are satisfied with how business leaders are performing, but evidently more can be done.”

Globally, China (80 per cent) and Vietnam (64 per cent) are the only two countries with more than 50 per cent of their citizens rating highly when it comes to their business leaders’ responses to the crisis. Meanwhile, France (10 per cent), Hong Kong (7 per cent), and Japan (6 per cent) fell behind as the most poorly rated. This could be attributed to how people felt that businesses can be doing more, with 4 in 5 (79 per cent) of those surveyed said they expected major businesses to have done more during the crisis.

Commenting on the significance of the latest survey results, Mr Black said, “The survey findings have shown that the pandemic has dramatically shifted our worldview, and this will unequivocally change the way we approach governance, business, and healthcare moving forward. Indians’ enthusiasm for contact tracing technology also reflects the fact that in recent years, it has often been technology that has done the most to transform and improve lives in the country.