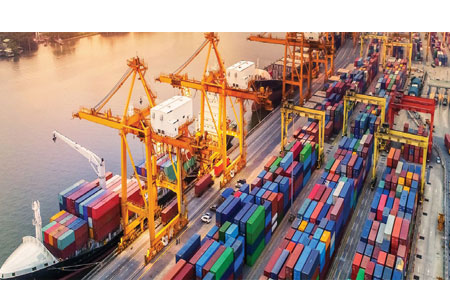 India achieved a record high of agriculture exports in 2021-22, which crossed the $50 billion mark, the Ministry of Commerce and Industry said on Wednesday. As per the provisional figures released by the Directorate General of Commercial Intelligence and Statistics(DGCI&S), agri exports grew by 19.92 percent in 2021-22 to touch $50.21 billion.

“The growth rate is remarkable, as it is over and above the growth of 17.66 percent at $41.87 billion achieved in 2020-21, and it has been achieved in spite of unprecedented logistical challenges in the form of high freight rates, container shortages and other factors. This achievement over the past two years will go a long way in realising the Prime Minister's vision of improving farmers' income”, the Ministry said.

"In order to ensure that the farmers benefit from exports, the department of commerce has made special efforts to provide export market linkage directly to farmers and fpos"

According to the Ministry, highest ever exports have been achieved for staples like rice ($9.65 billion), wheat ($2.19 billion), sugar ($4.6 billion) and other cereals ($1.08 billion). “Wheat has recorded an unprecedented growth of more than 273 percent, jumping nearly four fold from $568 million in 2020-21 to touch close to $2,119 million in 2021-22. Increase in exports of these products has benefitted the farmers in states like Punjab, Haryana, Uttar Pradesh, Bihar, West Bengal, Chhattisgarh, Madhya Pradesh, Telangana, Andhra Pradesh, Maharashtra and many others. India has captured nearly 50 percent of the world market for rice”, the Ministry said.

Besides, the data showed that export of marine products, at $7.71 billion, is also the highest ever, benefiting farmers in the coastal states of West Bengal, Andhra Pradesh, Odisha, Tamil Nadu, Kerala, Maharashtra and Gujarat. “Spice exports have touched $4 billion for the second year in a row. Despite facing tremendous supply side issues, coffee exports have crossed $1 billion for the first time, which has improved realizations for coffee growers in Karnataka, Kerala and Tamil Nadu”, it said.

A ‘farmer connect portal’ has been set up for providing a platform to the farmers, fpos or fpcs, and cooperatives to interact with the exporters


The Ministry said that this achievement is the result of sustained efforts on the part of the Department of Commerce and its various export promotion agencies like APEDA, MPEDA and various commodity boards. “The Department has made special efforts to engage state governments and district administrations in promoting agricultural exports. In order to ensure that the farmers benefit from exports, the Department of Commerce has made special efforts to provide export market linkage directly to farmers and FPOs. A ‘Farmer Connect Portal’has been set-up for providing a platform to the farmers, FPOs or FPCs and cooperatives to interact with the exporters. This approach has resulted in agriculture exports taking place from hitherto unexplored areas”, the Ministry said. The statement also said that exports have taken place from clusters like Varanasi(fresh vegetables, mangoes), Ananthpur (banana), Nagpur (orange), Lucknow (mango), Theni (banana), Solapur (pomegranate), Krishna and Chittoor (mango) among others. 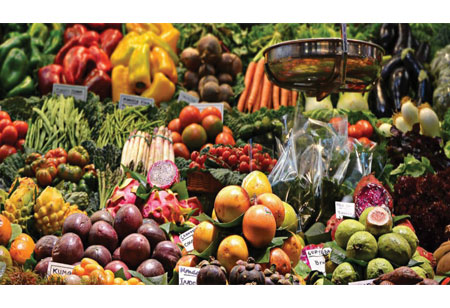 “Initiatives like ‘Happy Banana’ train, an exclusive train with reefer containers to transport bananas from Anantapur to JNPT, Mumbai, have been taken to boost exports from unconventional areas” it said. In addition, the Ministry said that the outbreak of the Covid-19 pandemic during the first quarter of 2020 resulted in increased demand for staples, which provided an opportunity for increasing agriculture exports. “Because of the institutional framework already in place at the state and district levels, and the special efforts made to overcome the pandemic-induced bottlenecks, India has been able to rise to the occasion and emerge as a reliable supplier of food. Even during the current crisis triggered by the Russia Ukraine war, the world is looking at India for supplies of wheat and other food grains”, the statement said.
Read More: