Malavika Hegde All Set to Lead CCD as New CEO 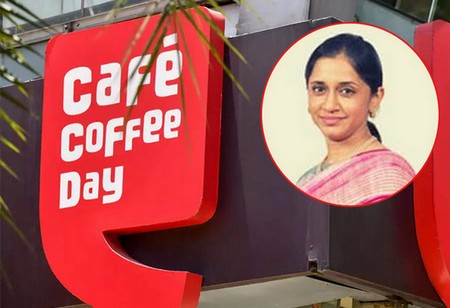 Malavika, 51, is the daughter of senior BJP leader and former External Affairs Minister S.M. Krishna. The change in leadership comes at a time when the Bengaluru-based firm has seen a sharp decline in its fortunes and piling losses that is suspected to have prompted Siddhartha to take his own life in July, 2019. Siddharth, who Co-Founded the country’s largest coffee retail chain Cafe Coffee Day, was found dead on July 31, 2019 near Mangaluru. He is reported to have committed suicide due to huge financial losses in his businesses.

CCD, which once did roaring business through it’s over 500 outlets in India and abroad, has now plunged into debt, forcing the closure of these cafes that was thronged by youngsters and office goers. In a letter to the company’s 25,000 employees on July 24, Malavika said she was committed to the future of Coffee Day as a going concern. “We will work to reduce the debt to a manageable level by selling a few more investments as I am committed to the company’s future,” she said. The company has pared its debt to Rs. 3,200 crore from Rs. 7,200 crore by selling parts of its assets, including properties and shares in subsidiaries.
Read More: