Next 30 Years Would be Exciting for Tech Sector: IT Veteran S Gopalakrishnan 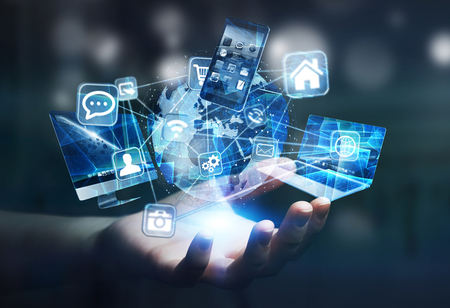 IT industry veteran S (Kris) Gopalakrishnan at Bengaluru Tech Summit 2020 says that the next 30 years would be more exciting for the technology sector. Predicting an increase in the outsourcing business, the co-founder of Infosys said that despite the Covid-19 crisis, the IT industry in India has done well and reinforced the strengths of the global delivery model and increased the trust and the dependence on the model by global businesses.

Addressing the virtual Bengaluru Tech Summit, he said that both the IT companies as well as the global delivery centers in the country have managed to transition to work from home without any interruption in the service to their customers. The Union government has eased the requirements of the place of work from export zones to include the homes of employees, Gopalakrishnan added.
Gopalakrishnan who has served as the President of the Confederation of Indian Industry in the past states that the IT companies were also emerging to adopt digital technologies faster, integrating these into their services and getting more of their revenues from digital business. “This again demonstrates the resilience of the Indian IT industry and augurs well for the future,” said Gopalakrishnan, who is the Chairman of Karnataka government’s vision group on information technology. There are many new technologies emerging like AI/ML, IoT, 5G communication technology, cognitive cloud computing, newer programming paradigms with new languages, and quantum computing, said the Chairman of Axilor Ventures, an early-stage venture capital firm.

Gopalakrishnan further said that the industry body NASSCOM projected that the IT industry in India would grow to $300 billion by the next five years from the current $190 billion. “These are exciting times”. In parallel, the nature of work was changing, he said, adding, it is expected that the future model for work would involve some mixture of office and work from home. “This will mean the creation of new business processes, security models, and regulations.

However, the Government of India has already extended the regulations on work from home indefinitely.”
Thus, new tools for collaboration and measurement of productivity may need to be developed,” according to him. Given that the IT industry was undergoing significant changes, the Union government’s support must continue, Gopalakrishnan said at the flagship technology event of Karnataka.