Rakuten procures Altiostar at a valuation of over $1 billion 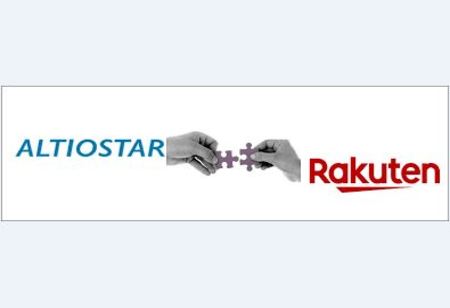 Recently, Rakuten Group announced that it will procure US-based open virtual radio access network (open vRAN) benefactor Altiostar Networks Inc., at a total valuation of Altiostar of over $1 billion with the objective to accelerate the global deployment of cloud-native, open and interoperable network infrastructure.

Last year, one of the IT services tycoon Tech Mahindra's wholly-owned subsidiary TechM Americas had sold its stake in Altiostar Networks for $45 million to Rakuten's US subsidiary.

Altiostar proposes 4G and 5G Open vRAN solutions to global telcos letting them to shift to webscale cloud-native mobile networks. The company’s O-RAN compliant solution has been deployed globally, including with Rakuten Mobile in Japan.

Altiostar Networks CEO, Ashraf Dahod, said, “Becoming a Rakuten Group company will allow us to build on our foundation and accelerate our technology development to help operators to innovate, explore new business models and bring affordable broadband to the masses through web-scale mobile networks.”

As per an official report, the preliminary speculation by Rakuten into Altiostar was completed in May 2019 after receiving approval from the Committee on Foreign Investment in the United States. While Dahod will continue to serve as the CEO he will additionally assume a key role in Rakuten’s global RCP organization.

Altiostar will continue to operate from its Tewksbury, Massachusetts headquarters. The Company is also growing its global operations with the expansion of its Indian R&D center and UK-based Open vRAN engineering lab, as well as the opening of regional hubs.

The Massachusetts-based company works with Airtel in India, Dish in the United States, and Telefonica in Europe and Latam. It has key partnerships with global companies including RCP, Cisco, VMware, Dell, Fujitsu, IBM/Red Hat, Intel, NEC, Qualcomm, Sterlite, Tech Mahindra, Facebook Connectivity, among others.