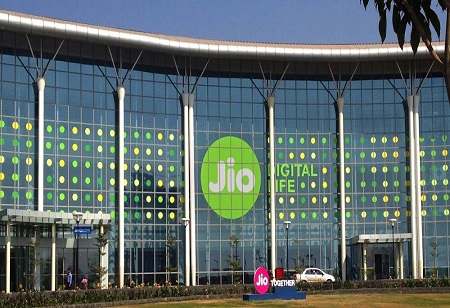 Reliance Jio telecom and digital communications major is the strongest brand in India, according to the latest report on Indian brands by Brand Finance.

Jio is also the world's strongest telecom brand, as per Brand Finance.

The statement noted that despite being founded only in 2016, Jio has quickly become the largest mobile network operator in India and the third largest mobile network operator in the world, with almost 400 million subscribers.
It is known for its affordable plans, Jio took India by storm, offering 4G to millions of users for free and simultaneously transforming how Indians consume the internet known as the 'Jio effect', it stated.

As brand strength is one of the key drivers of brand value, this year Jio also counts among the top 10 most valuable brands in India for the first time.

Savio D'Souza, Valuation Director, Brand Finance, expressed "The dominance of the Jio brand across the nation is evident from the results of Brand Finance's original market research. Jio scores highest in all metrics consideration, conversion, reputation, recommendation, word of mouth, innovation, customer service, and value for money -- compared to its telecom competitors in India."

D'Souza also added that the brand has no major weaknesses within the sector, and unlike many telecom brands globally, Jio has shown that it has broken the mould, and enjoys genuine affection from the consumers.

Additional, Tata Group has retained the title of India's most valuable brand by a considerable lead with a brand value of $21.3 billion. Operating in more than 100 countries across six continents and employing over three-quarters of a million people, Tata Group is a force to be reckoned with on the global stage, the report said.

With 30 companies under the Tata Group umbrella, ranging from Tata Steel and Tata Motors to TCS and Tata Consumer Products, the brand has managed to protect itself from Covid-19 damage recording 6 per cent uplift in brand value this year.

This uplift in brand value over the course of the first year of the pandemic is an impressive feat given the global economic crisis following the implementation of national lockdowns in March 2020, when business activity was brought to a halt, affecting both production and consumption, it said.