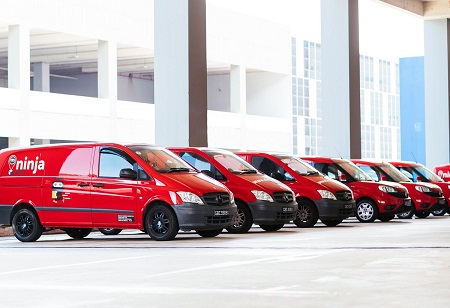 Ninja Van, a Singapore-based logistics startup, has closed a $578 million Series E round to support its operations infrastructure and technology systems growth.

The latest round topped at a valuation of more than $1 billion prior to a potential initial public offering as early as next year, according to reports.

Ninja Van will use the proceeds to strengthen its operations including micro supply chain solutions to optimize e-commerce opportunities in Southeast Asia.

Ninja Van claims it delivers approximately 2 million parcels a day, with more than 1.5 million active shippers and around 100 million recipients.

Founded in 2014, the company operates its business across Singapore, Malaysia, Indonesia, Thailand, Vietnam, and the Philippines. It currently employs more than 61,000 staff.

“We strongly believe in the potential of e-commerce in Southeast Asia, in particular the power of technology-enabled logistics to fuel e-commerce growth. With Ninja Van’s vast presence and extensive local insights in the region, we are confident that our partnership with Ninja Van would enable us to better serve participants in the e-commerce ecosystem across the region.” said Kenny Ho, Head of Investment for Southeast Asia, Alibaba Group.