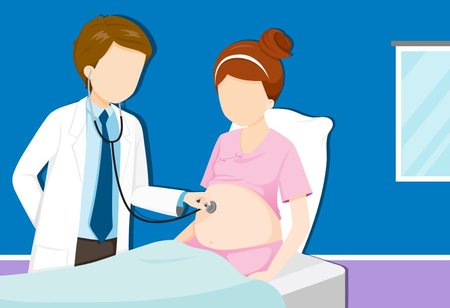 Localcircles survey discloses that only 49 percent firms are there in total who hired fewer or no women employees in the last 12 months.

India had passed a new maternity benefit law in 2017, granting 26 weeks of paid leave to women employees, revising the previous 12 weeks law. According to a survey by LocalCircles, due to this revision in the law, the firms found it difficult to approximately half of the new startups and SMEs revealed that they have hired less or no women employees in the previous year.

Amidst these numbers, it was also found that there were companies who sought a minimization in paid maternity leave upto three months, one month or even took it away completely.

Voted right by over 4252, it was sought to be only 49 percent firms in total who hired fewer or no women employees in the last 12 months.

Albeit, LocalCircles’ report also concludes that 44 percent of the firms are good to stay by this law, while certain startups & SMEs demand a revision in the law - conditioned as per their annual turnover. If a firm’s turnover is upto or less than Rs. 10 crore, they should be exempted from this six-month maternity leave paid policy and instead provide only three months’ paid leave. If this is done, the startup and SME industry will be better motivated to give equal opportunities to women and would look to hire them without any prejudice or bias.

Kamal Karanth, Co-Founder of Xpheno (specialist staffing firm) also affirmed on the cause that bias against female hiring has rooted only after the introduction of the new benefit.

Where VCs funded startups were proficiently abiding by the law, only five percent of startups get funded, meaning it would be a financial drain for a lot of companies.

Karanth states, “For MSMEs, the government should have subsidised maternity leave up to a certain stage.” Adding to which he even says, “It would have been a very small bill as well, considering that the percentage of women in the workforce is less than 30 percent and only a certain percentage of that will be eligible for maternity benefits.”

However, the government has mandated that companies follow the entire maternity benefits costs, but SMEs and startups have fully avoided hiring women, falling under the 25-35 age group.
Read More: