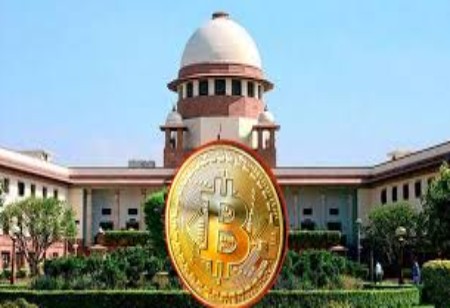 SC challenges RBI’s circular dated on April 6, 2018, which banned banks from crypto currency trading, and has been charged as ‘unconstitutional’. The three-judge bench comprising Rohinton Nariman, Aniruddha Bose and V Ramasubramanian concluded the petition on the ’ground of proportionality’.
“When the consistent stand of RBI is that they have not banned virtual currencies and when the government of India is unable to take a call despite several committees coming up with several proposals, including two draft bills, both of which advocated exactly opposite positions, it is not possible for us to hold that the impugned measure is proportionate," says the top court.

The decision was pending from SC for almost about two years, till January 28, when finally they agreed to hear the case. The court heard extensive arguments from Ashim Sood representing Internet and Mobile Association of India (IAMAI), followed by Nakul Dewan on the behalf of the counsel several crypto exchangers. IMAI argued that cyptocurrency contradicts the nature of strict currency and is more in the nature of commodity, and the RBI doesn’t have powers to impose such ban in the absence of a law in that regard prohibiting cryptocurrency. This surely rippled the mind of the judges, upon such conclusive ground and in support of the argument SC decided to crash the RBI curbs.

“We are quite excited about the ban lift, which is a much-awaited relief for us and the entire crypto community. It’s such a morale boost and will definitely help us bring back
the high-volume traders who were concerned about the tips involved in our P2P transaction system, and have been unable to transact small amounts” says Gaurav Dahake, CEO, Bitbns.

India has only seen maybe 0.1 percent of all global Blockchain investment with SC’s decision the Blockchain-tech-backed decentralized apps is about to gain traction

“ Most importantly, we are confident that this verdict would give rise to a greater ecosystem in a country where innovation has always had a place, and rope in new investors, better support for blockchain-based projects, and eventually, create more jobs in India," he adds.

It’s a fun fact that back in 2017, RBI even foresighted to introduce its own digital token – ‘Lakshmi’, but the idea faded off. To decide whether to embrace crypto currency or to stop the transaction, it took the obvious stun of banning Cryptocurrency and Regulation of Official Digital Currency Bill, 2019- which propose to levy fines and penalties, including jail term, for trading crypto currencies. Back then it affected the transaction of about 20,000 block-chain developers across India.

“This is a historic decision by the SC. The RBI Circular meant that even though there was no ban on Crypto, developers and startups were indirectly disincentivised to work on Crypto projects because of the banking ban. With today's decision from the SC, developers can now work on blockchain projects around the world and participate in the upside. They can earn native crypto tokens and then cash out to INR”, says Kartik mandaville, CEO, Springworks. He adds, “India has only seen maybe 0.1 percent of all global Blockchain investment with SC’s decision the Blockchain-tech-backed decentralised apps is about to gain traction. It will add value for enterprises and consumers where the tokens can be used as a rewards mechanism in blockchain apps”.

Coronavirus to Impact the Global Economic Health at Large