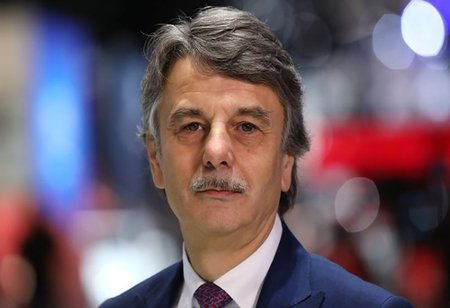 TVS Motor Company names global automotive industry icon Sir Ralf Speth to its board of directors. Ralf is widely acclaimed for his leadership at Jaguar Land Rover (JLR) and would continue to serve on its board as vice-chairman on the board of Tata Sons.

However, with this advancement, Ralf would be succeeding Venu Srinivasan while Venu would be elevated as the chairman emeritus effective from January 2023.

Commenting on the appointment, Venu states, “It is a momentous occasion for TVS Motor Company to welcome Ralf to its board. His passion for technology, eye for products and commitment to building brands are truly remarkable. His thoughts will add immensely to TVS Motor as the company shapes itself for the future. Ralf’s deep insights and guidance will be invaluable to the management team as TVS Motor Company embraces the future of mobility.”

Ralf initiated his career at BMW. However, recently, he served as the CEO of Jaguar Land Rover for more than 11 years, marking a glorious period in the history of the British marquee, making it one of the most respected luxury brands in the world. He was knighted by the Queen in 2018 for his contributions to the British industry.

Alongside, TVS Motor has also announced the appointment of Kuok Meng Xiong as an independent director. Meng Xiong is the scion of Kuok Group and the founder of venture firm K3 Ventures. Xiong began his career at the Group’s Shangri La Hotels, and expanded it to Europe, West Asia and Sri Lanka. He started the venture firm, K3, where he has led early investments in 38 of the world’s leading start-ups and many Asian unicorns.

Venu says, “Meng Xiong brings a unique mix of strong corporate values and a clear vision of the future digital world, and it will be a privilege to have him on our board.”
Read More:

Omega Healthcare adjoins Gerry McCarthy to Board of Directors