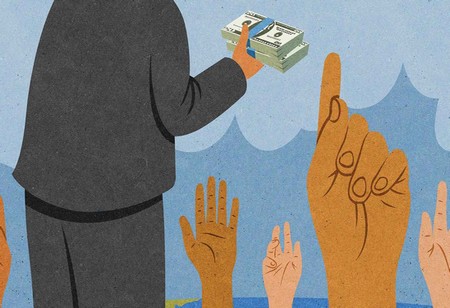 Venture Catalysts (VC), the Nagpur-based incubator for startups has announced that it has raised Rs. 100 crore for a new fund which will invest in over 100 Indian startups. The ‘9unicorns Accelerator Fund’ of VC is built along the lines of Silicon Valley’s accelerator fund Y Combinator’s strategy which has over 2000 investments.

This is the first close of Rs. 100 crore (or approximately $ 14 million) for the fund, which will focus on identifying startups early and would prefer to be the first external investor in a company’s journey, a company statement said. The statement also says that VC’s founding team members Apoorva Ranjan Sharma, Anuj Golecha, Anil Jain and Gaurav Jain are the founders for the fund.

“There’s no better time to bet on Indian entrepreneurs than today. We are witnessing a surge in startups who are focused on solving Indian and global problems born out of various parts of India,” says Apoorva Ranjan Sharma, who was also the early investor in Oyo Rooms.

There’s no better time to bet on Indian entrepreneurs than today. We are witnessing a surge in startups who are focused on solving Indian and global problems born out of various parts of India

Most startups struggle to raise their first round of funds in India and have to mostly rely on friends and family for capital, the statement said, adding that at present, VC’s ecosystem includes over 4,000 investors, founders and executives. The backers of the new fund include Indian businessmen who have built and scaled their ventures from scratch over the past two decades in India.

VC is targeting a total corpus of Rs. 300 crore for the fund and plans to raise the remainder of the commitments from corporations, family offices and institutions from ten countries. It intends to offer $ 100,000 for a 5-7 percent equity per startup and put it through a three-month acceleration programme while being mentored by successful founders. Well performing startups will be eligible for an investment of $ 500,000 to USD 2 million. At present, the investment portfolio of VC consists of 75 startups including over 30 multibaggers like BharatPe, Beardo, PeeSafe and Fynd.
Read More: