The CEO Salary Disparity Matters & So Fixing it Too 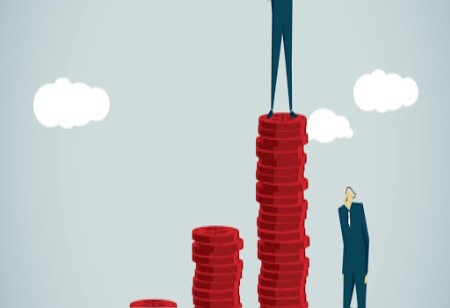 With all the good that the technology realm has brought to the world, it is also being defamed for introducing the most biased pay/income disparity culture in the society. With few tech CEOs earning millions of dollars every month, there has been speculation since years if this huge sum paid to the CEOs is justifiable. As recently said by Narayan Murthy, Founder, Infosys, at CII’s leadership conference on the issue of high CEO compensation, “CEOs should be compensated 15 times more than the lowest-paid salary of an employee in a company. I am against mandating a ratio, but it can be anything from 15 to 25 times the lowest salary”. On the similar note, Rober Stobaugh, Professor Emeritus, Harvard Business School, said, “CEOs 25 years ago never got a million dollars; their compensation was based on common sense. Back then, CEOs were seen as diligent managers who had skill motivating people and just got promoted up through the ranks”.

But why are the CEOs being paid such huge salaries? It is because some of the CEOs have upped the ante and changed the game forever with innovation and cutting-edge products. If they brought so much into the game then why is the industry suddenly discussing about the pay disparity? It may be because there are instances of companies dying due to shortage of fund but still paying huge checks to their CEOs. Even some CEOs are being rewarded for failure.

As Murthy said that shareholders must know the remuneration in full detail. He also mentioned that the variable remuneration should be linked to the long-term performance of the company and not just the current year. Murthy said, “During the last five years there have been a few instances of serious governance deficits. This has created doubts among investors about the quality of corporate governance of Indian companies”. According to him, the main source of corporate scams is moral weakness and incompetence of the Chairman of the board of the companies where scams happen.

In fact high pay parity negatively impact both customers and employees perceptions of companies apart from affecting negatively the buying behavior and job interest. But such high disparity not just impact the present but future employability and performance too which will ultimately create a work culture that will constantly diminish productivity. Many-a-times disclosing compensation results in losing talent as it attracts negative reaction from employees who know how much other employees get.

How can this be fixed? While companies have moved far ahead to expect to suddenly come back, it is the responsibility of the CEOs to bridge this gap by giving off the extra incentive and income that he receives. Board members have to take charge to not pursue talent at an exorbitant price that will impact and create a culture of scams. The onus lies on the top brass companies, let’s see what move they make.
Read More: