The Great American Dreams is Back! Biden's H4 Visa Decision and what it means for Indians? 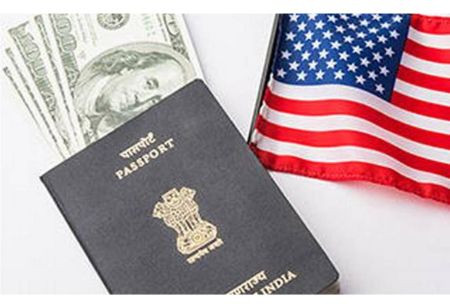 During the presidential election campaign, US President Joe Biden promised to withdraw the Trump-era rule repealing work authorization of H4 visa holders who are spouses of those possessing H-1B work visas. This indeed is a sigh of relief for Indian women. How? Most of the H4 visa beneficiaries are Indian spouses, who are doctors, scientists, and teachers, and are working in crucial industries that are key to the US’ response and economic recovery from the coronavirus pandemic (as reported in Congressional Research Service, 2018).

It is said that the latest move will benefit over 100,000 Indian nationals who have moved to the US with their spouses for work. Now one can understand the growing contribution of Indians in the US with taking just a glimpse at the Biden’s administration. Over 20 members of his administration are Indian-American, majority of who are women.

According to the US Census Bureau, with a population of almost four million, Indian Americans make up to 1.2 percent of the country’s population and are the third largest group of Asian Americans after Chinese Americans and Filipino Americans. Now note that every seventh doctor in the US is Indian, and they have worked as soldiers fighting COVID-19. Another 2016 report by US Bureau of Labor Statistics mentioned that Indian American women earn more on average when compared to non-Hispanic white men in the US. The National Science Foundation mentioned in its report that the Indian-origin scientists and engineers in the US grew 85 percent between 2003 and 2013, which turns to 950,000 scientists and engineers of Indian origin.

These numbers are prove that India is playing an important role in making America what is it, through its skilled workforce that move to US for lucrative opportunities. Indeed when we shift the focus to India, working professionals now prefer working partners, which means if they move to the US, they bring another talent to the nation. However, with Trump’s tough move towards restricting H4 visa came as a shock to many, including Indians. While one worked, another skill remained at home, possibly doing nothing.

However, with Biden’s move, now their innate talent can be put to work, which will only benefit the nation economically and socially. Specially during the time of crisis like the pandemic when Indians contributed to the US every single day in the midst of the pandemic.

As Todd Schulte, President of FWD.us said that allowing H4 visa holders the ability to continue working and providing for their families has profound, life-changing effects for these individuals and our communities. Roughly 93 percent are women and man are working in essential roles that are key to supporting our nation’s economic recovery from the coronavirus pandemic.

According to a 2018 report by Congressional Research Service (CRS), 93 percent of approved applications for H-4 employment authorisation were issued to individuals born in India and five percent were issued to individuals born in China. Research shows that ending H-4 would damage the economy and cost jobs, with no clear benefit to other workers. “Expanding protections for spouses and children of temporary workers will help keep families together and keep the US globally competitive as we rebuild from the pandemic,” FWD.us added.

Indeed the move has brought in hope and the 'Great American Dream Back'. Let us wait and watch what it really transpires to.

Are Tech Giants a Threat to the World Order?