Why Do Indian Solar Companies Need To Start Working With Lithium Batteries? 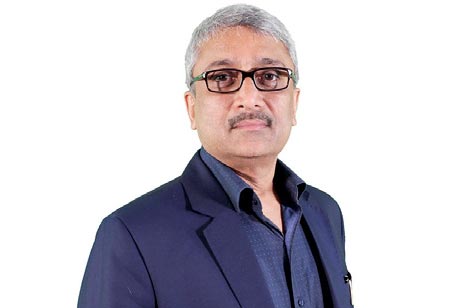 How Much Solar Energy Is Produced By India?
India’s solar power capacity stood at 35 GW as of 30 June 2020, power capacity to light up approximately 7 million houses. With recent projects such as the “Rewa Solar Power Project”, India will definitely be able to maintain its position as one of the top ten solar energy producers in the world.

Karnataka produces the largest amount of solar energy among various states in India. Karnataka’s solar energy capacity was 7,100MW as of 2020, which holds the capacity of powering approx 14000+ houses.

Why Will Batteries Work With Solar?
Batteries are an important component in the solar energy ecosystem as they have the potential to store solar energy. When sunlight is not available at night, the stored solar energy can be used to power the homes and offices.

Let us start with the example of using solar energy for street lighting. A solar panel is generally fixed on top of the pole which supports the street lamp. During the day, the solar panel generates electricity when sunlight shines on it. The generated electricity is stored inside a battery which is located inside the lighting pole. The battery uses this stored energy to light the lamp at night.

Companies that are working in the field of solar energy also work with inverters. Inverters are the devices that help convert the DC power generated by solar panels to AC power. Once DC power is converted to AC, it can be used to power appliances in the homes (eg: Geysers, phones, lights etc.) Indian solar companies are now moving towards making inverters with in-built Lithium-ion batteries. These inverters can be made in such a way that they are compact and can even be mounted on a wall.

People often worry about maintenance and safety when it comes to installing components such as inverters. Well, here is another feather in their cap, Lithium-ion batteries come with a protection circuit installed in them. Basically, the protection circuit is like the bodyguard of the battery. The bodyguard protects not just the battery but also the user. It regulates the temperature inside the battery and makes sure it gets charged safely.

Availability of Solar batteries in India
In last few years with the emergence of Solar sector in India, there has been a growth in the Industry as well meeting the requirement of the rapidly growing sector, from large distributors playing the major role in catering to India’s solar needs concerning the high-quality Solar products, like Solar Panels, Solar Inverters or micro Inverters. To cope up with the more demanding Sector, it is clear that the country requires a better solution to the demands than just the distributors.

A major role is and will be played by the Solar Battery manufacturers but the Best fix is quite clear which is Lithium-ion batteries for Solar and most importantly the manufacturer of the Cost-efficient and reliable Batteries. With low Lithium reserves in India, the role becomes crucially important.

With a few Lithium Solar battery manufacturers in India, our Delhi based manufacturing of the same batteries have been putting in the efforts for last few years to contribute more and more to the sector, as per the reports Inverted Energy Private Limited made a major contribution of 75,000 Lithium batteries and 348,098 Lithium-ion batteries for lamps in the Indian government's Saubhagya Scheme along with a growing number of contribution to the streets by lithium powered Street lamps. Intending to make Lithium-ion products for E-mobility and storage easily available in India they recently inaugurated a lithiumion battery manufacturing plant in Delhi to reduce dependency on China.

Similarly, other lithium manufacturers are finding their way to grow the solar industry with more efficient, advanced and reliable technology of Lithium-Ion batteries. We might be looking at self-reliant energy buildings, villages and even cities for that matter.
Read More: