Bharati Infratel's Merger with Indus Towers Elevates its BSE by 7% 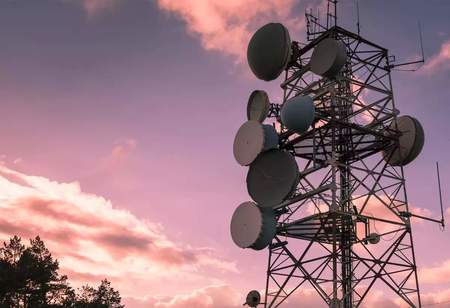 Bharati Infratel has increased its shares by seven percent to Rs 200 on the BSE on Friday post the company united with Indus Towers to create a mega tower company (renamed Indus Towers).

However, Bharti Airtel's stake in the combined entity would be 36.73 percent, and Vodafone Group and Providence would possess about 28.12 percent and 3.25 percent, respectively. Likewise, Vodafone Idea (VIL) has received Rs 3,760.1 crore money for its 11.15 percent holding in Indus.

Alongside the analysts at ICICI Securities has seen that Vodafone Idea has agreed to make a pre-payment of Rs 2,400 crore to the merged tower entity from the cash consideration to be received from Infratel at the time of closing.

The report says, "Apart from double taxation benefits on dividend pass through, there would not be a major benefit for Bharti Infratel as a combined entity. The promoters Airtel & Vodafone (UK) Group, however, in our view, would look to pare their stake to PE players later."

Considering the weak financial health of telcos, analysts at Emkay Global Financial Services forecast receivables to stay at elevated levels. Nevertheless, the pre-payment of Rs 2,400 crore by VIL (including monthly payments and receivables), as per the merger terms, provides comfort, says the brokerage firm.

Bharti Infratel was trading six percent higher at Rs 197 on the BSE as compared to a 0.33 percent rise in the S&P BSE Sensex. However, a combined 9.8 million equity shares had exchanged on the counter on the NSE and BSE.