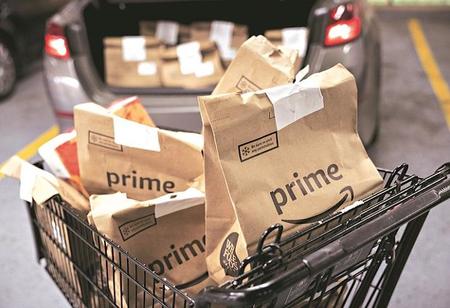 The Lifestyle Licensing B V is the proprietor of Beverly Hills Polo Club (BHPC), while Lifestyle Equities C V is its licensee. It has also appointed an exclusive licensee, Major Brands India for the Indian region. The complaint states that Amazon Seller Services is practicing unfair and anti-competitive business procedures which led to an exclusionary effect on the informants' business operations and also impacted the visibility of their fashion products.

Furthermore, they have been alleged abuse of dominance, especially by Amazon Seller Services that runs the amazon.in website across the country and enabling foreclosure of competition by hindering entry into the market. However, the complainants have stated that they do not sell any of their fashion products on Amazon's e-commerce platform under the BHPC brand. Also, they say that earlier their products were available only on the website of Lifestyle's licensee but now they are available only on its own websites and in brick-and-mortar stores.

The CCI in an order passed on September 11, has noted that there are several players operating in the relevant market for services offered by the online platform for selling fashion products across India. The present market constructs make it clear that any one platform is occupying a dominant position in the relevant market. However, the allegation of exclusive arrangements, deep discounting, and preferential listing by Amazon. CCI has also pointed out that the exclusive tie-ups between platforms and fashion brands are not evidently existing and many other intermediate channels are available for fashion brands, retailers, and consumers to access it.

The Commission observes that apart from antitrust law, the issue of the alleged selling of counterfeits on online platforms is agreeable to be approached through other legal instrumentalities as well. Thus, though the Commission is statutorily restrained from looking into this matter due to the absence of Amazon Seller Services dominance. Further, the issue of counterfeit may be addressed through other regulatory instruments and the other conflicting implications it has on sellers and buyers in general
Read More: