Saudi Aramco is in Discussion with RIL for O2C Biz 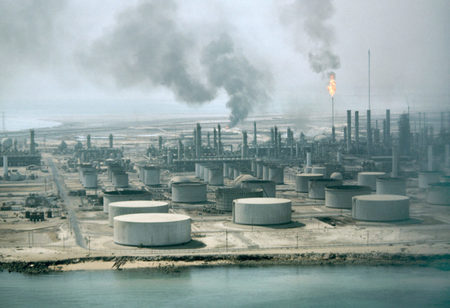 It further states, "With asset prices, industry outlook, and margins back to August 2019 levels, we see a revival of the earnings upgrade cycle, led by energy. Multiples should surprise positively too as clarity on new energy investments rises."

However, Saudi Aramco's CY20 conference call hints that it is still in discussions with Reliance to evaluate existing opportunities as potential partners, regarding the non-binding MoU inked with Reliance for its oil-to-chemicals (O2C) business.

Reliance Industries announced in 2019 that Aramco would pick up 20 per cent stake in the newly floated subsidiary Reliance O2C for $15 billion. But the oil price crash in April last year coupled with subdued public issue of Aramco compelled the companies to postpone the deal.

Recently, Reliance Industries announced carving out of the O2C business as a separate subsidiary to support strategic partnerships and new investors in order to accelerating its new energy and material plans.

Morgan Stanley states, “We expect the stake sale discussions to pick up pace – we see valuations and asset prices rebounding to levels seen in August 2019 with a much improved industry outlook,” said Morgan Stanley.

In August 2019, RIL revealed the agreement on a non-binding letter of intent from Saudi Aramco on a proposed investment in its refining, petrochemicals, and fuel marketing business.

The report says, “For Saudi Aramco, we expect stronger FCF (free cash flow)in 2021. At the current forward curve for Brent ($62 per barrel for 2021) and taking into account that production levels are likely to improve throughout the year, we estimate that operating cash flow will reach $115 billion this year. With capex at the guided level of $35billion, FCF of $80 billion should cover the company's dividend of $75 billion.”
Read More: